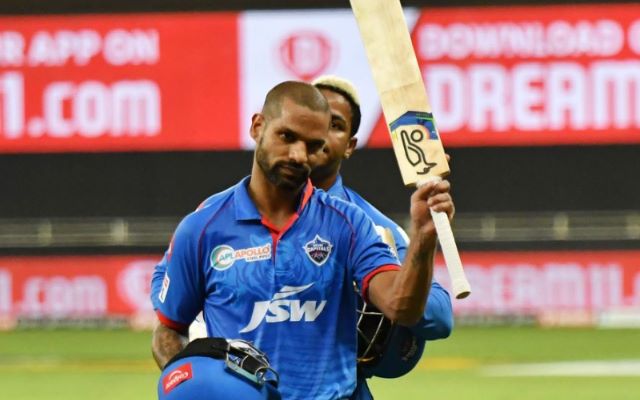 Shikhar Dhawan on Tuesday became the first player to score back to back centuries in the IPL. But his unbeaten 106 off 61 balls went in vain as Delhi Capitals lost to Kings XI Punjab by five wickets. While he hit 12 fours and three sixes, his team mates just scored a combined 54 off 59 balls and DC’s score was 164/5 batting first.

KXIP chased down the total with five wickets and an over in hand. The highest score for DC after Dhawan’s ton was Shreyas Iyer and Rishabh Pant’s 14.

“Today, it happened that way otherwise the boys have been playing very well. I took the responsibility of holding one end up and was also hitting the boundaries when I got the chance,” he said in the post-match presentation ceremony in which he was player of the match despite his team losing.

Dhawan was, however, unaware of the record he broke. “I didn’t know,” he said when asked about it.

Dhawan scored 69 not out, 57, 101 not out in his three innings before Tuesday and said that he had been batting this fluently when he made his Test debut. Dhawan famously broke the record for the fastest Test century by a debutant in his first game at Mohali against Australia in March 2013, reaching three figures in just 87 balls.

“I really enjoyed it today. I was this fluent on my Test debut. It’s good that I am scoring consistently, you gain confidence. I make sure I take proper rest and am fresh for the match,” he said.