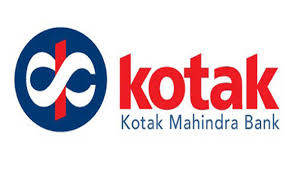 (Bloomberg) — Kotak Mahindra Bank Ltd.’s potential takeover of IndusInd Bank Ltd. would create India’s eighth-largest lender by assets at a time when the nation is battling one of the world’s worst bad debt problems.

In what could be the country’s biggest-ever banking deal, Kotak Mahindra — backed by Asia’s richest banker Uday Kotak — is exploring a takeover of its smaller rival, people with knowledge of the matter said this week. A combination would boost its assets to 7 trillion rupees ($950 billion) and cement Kotak’s position as India’s fourth-largest private bank, closing the gap with Axis Bank Ltd.

“Kotak has always found it difficult to build scale organically,” according to a report by Macquarie Capital Securities analysts, led by Suresh Ganapathy. “Acquiring IndusInd Bank would result in Kotak’s asset book, loan book and branch network increasing by 85%, 94% and more than 100%, thereby giving it tremendous scale/size benefits.”

Talk of the merger and Kotak’s unexpected profit growth has already pushed the lender ahead of rival ICICI Bank Ltd. to become India’s second-largest by market value. Shares have surged 15% this week, taking the bank’s market capitalization to about 3.1 trillion rupees. If the deal goes ahead through a share swap at IndusInd’s current price, Kotak’s market value will soar by about 464.5 billion rupees, placing it well ahead of rival ICICI.

A spokesman for Kotak declined to comment on the takeover plans, while a representative for IndusInd denied the report.

India’s almost $2 trillion financial sector — home to more than 20 private sector banks and over 10 state-run lenders — is struggling to contain the fallout from the coronavirus pandemic that’s expected to shrink the economy by the most in four decades. Banks came into the year already weakened by a two-year-old shadow lending crisis that had eroded capital.

The South-Asian nation’s bad loan ratio — already the worst among major countries — is set to worsen further and may soar to 12.5% by March, hampering any hopes for an early recovery. With Kotak and IndusInd facing similar soured debt ratios on their loan books, a deal is unlikely to impact the lenders’ bad debt too much.

Kotak’s “excess capital, its healthy balance sheet and its conservative management could allow it to benefit from IndusInd’s well-diversified loan book and low valuation of 1.1x forward price to book, if a potential takeover of IndusInd goes ahead,” said Bloomberg Intelligence banking analyst Diksha Gera.

Banks face stiff competition for customer deposits, with more than 30 lenders serving about 574 million Indians who have access to basic savings accounts. The potential merger would boost Kotak’s deposits by 81% to 4.7 trillion rupees, still way behind the likes of HDFC Bank Ltd.