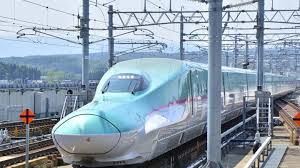 Ahmedabad-Mumbai Bullet Train Project: To execute a portion of upcoming India’s first high-speed rail corridor, engineering major Larsen and Toubro (L&T) has won a Rs 25,000-crore order from the Modi government. Recently, S N Subrahmanyan, Chief Executive and Managing Director of L&T, was quoted in a PTI report saying that in L&T’s long history, the company has won its biggest and the most prestigious of contracts from the Centre. The order mandates the firm to complete the project in a period of four years, he said. L&T is confident to meet the deadline and complete the project on time, Subrahmanyan added.

Last month, bids were opened by the National High Speed Rail Corporation Limited (NHSRCL) for the nearly Rs 1.08 lakh crore Ahmedabad-Mumbai high speed rail corridor project covering the Gujarat stretch of it, with as many as seven bidders qualifying for the 508-km-long project. The upcoming Bullet Train will connect the two cities in less than two hours. According to the report, this tender covers about 47% of the corridor’s total alignment between Vapi and Vadodara in the state of Gujarat and includes four railway stations- Vapi, Surat, Bharuch and Billimora as well as 24 rivers and 30 road-crossings. The contract involves design and construction of the 237-km long high-speed rail corridor stretch and the entire section falls in the state of Gujarat.

The ambitious Ahmedabad-Mumbai Bullet Train Project for which Prime Minister Narendra Modi had laid the foundation stone in September 2017 along with then Japan PM Shinzo Abe, is being developed on Japanese E5 Shinkansen technology. This high-speed rail corridor project is expected to generate more than 90,000 direct as well as indirect jobs during the construction period. Besides, feasibility studies have been sanctioned by Indian Railways for seven more high-speed rail corridors including Delhi-Amritsar, Delhi-Ahmedabad, Delhi-Varanasi, Varanasi-Howrah, Mumbai-Nagpur, Mumbai-Hyderabad, Chennai-Mysore corridors.