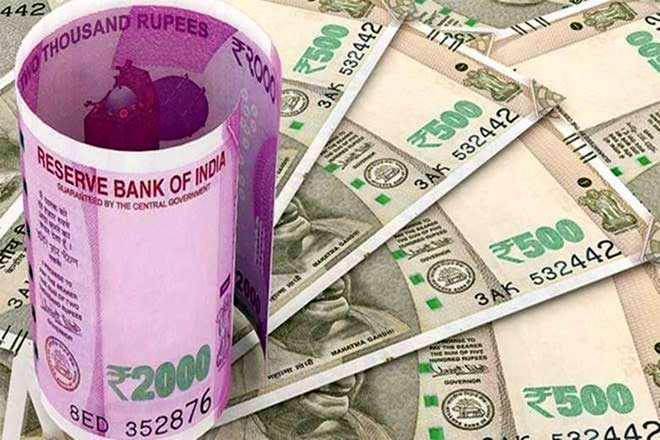 MUMBAI : For someone who had never defaulted on any loans before March this year, Monica Keerthi Karri gets quite harried at the mention of loan recovery agents. The 32-year-old teacher from Visakhapatnam lost her job and income when covid-19 struck and has been warding off recovery agents ever since.

“It was only after March that I could not pay my equated monthly installments (EMIs) and was repeatedly harassed. So much so that some agents reached my parent’s house to recover missed payments, traumatizing them,” said Karri.

She is among the millions of Indians who have started defaulting on loans from banks, non-banking financial companies (NBFCs) and from app-based lenders. While the last round of bad loans was all about large corporate defaulters who were given unhindered access to bank funds, the current crisis, which is just about starting to unfold after a nervous pause due to a few months of moratorium, has hit retail borrowers the hardest.

Their auto-debit EMIs are bouncing and they fear long-term implications will soon start to pile up fast. Estimates peg the total job loss for salaried individuals at 21 million between April and August of 2020. While a modest recovery has since taken root, many Indians are still unable to meet their debt obligations.

Though the Reserve Bank of India (RBI) had allowed a six-month moratorium between March and August, borrowers believe it was insufficient, considering the extent of the damage to their cash flows caused by the pandemic. Initial data released by the central bank shows that more than half of all retail borrowers who had availed a loan had opted for a moratorium by the end of April. Not surprisingly, corporates were more resilient amid the crisis, with only 31% under moratorium in the same period.

Now, as monthly loan repayment obligations kick in again, many are stuck with meagre amounts as bank balance. According to the most recent data on auto-debit transactions on the National Automated Clearing House (NACH) platform, as much as 40.1% of auto-debit transactions (by volume) had failed in October, largely due to insufficient funds, worsening from a bounce rate of 31.5% in February. To be sure, the NACH data does not reflect transactions through internal standing instructions of banks. For instance, when a borrower avails a loan from the State Bank of India (SBI) and also has a savings account with the same bank, the auto-debits then are not part of NACH data. But the high bounce rate in slice of auto-debit transactions is a reflection of broader retail borrower angst.

Karri said her bank is charging over ₹200 for every auto-debit bounce and it has been compounding every month since the lenders are presenting the debit mandate multiple times. “It took quite some convincing on my part to even avail of the moratorium. Now, I am losing money in bounce charges and one of my bank accounts has a negative balance,” said Karri.

Banks will have to deal with the fallouts very soon. “While commentaries from lenders have pointed towards improving collection efficiency sequentially, elevated bounce rates could entail a higher cost of collections as well as a delay in any growth recovery,” said analysts at Goldman Sachs in a report on 7 October. The report added: “We believe elevated zero-day delinquencies would not only keep asset quality under pressure with a high cost of risk in the coming quarters but also limit any sharp revival in retail credit growth.”

Better collections or not

For those who have earlier heard lenders repeatedly say that “the worst is over” in response to a wide gamut of questions, ranging from the economic downturn to bad loan accretion, “improved collection efficiency” is the new catchphrase.

Banks and their non-banking peers are all reporting 90-95% collection efficiency. The puzzling question is: If financial institutions are able to collect 95% of their dues, then, how does one reconcile that with the heightened auto-debit bounce figures? Analysts are baffled too and say it does not present the true picture. What could be happening, however, is lenders following up with delinquent borrowers after their payments bounce. That could account for some borrowers who, after being prodded, are repaying by somehow managing to arrange funds.

“It is logical to believe that there is a fair bit of stress in the retail borrower segment,” said Prakash Agarwal, director and head of financial institutions at India Ratings and Research.

Employment has collapsed, especially in small and medium enterprises (SMEs), and crimped cash flows to a great extent, said Agarwal. “While bank and non-bank managements are confident about collection efficiencies improving even further in December, we believe that the true extent (of the crisis) may only be known by Q4.”

For its part, the government has given in to judicial pressure on compound interest relief to smaller borrowers and agreed to take on the burden, estimated at ₹6,500 crore. But compound interest during the moratorium period is just one part of the problem.

“I foresee even suicides from this retail distress,” said Jehangir Gai, a consumer activist. While many borrowers are yet to take on collection agents and persistent banks via the legal route, Gai explained that stress is clearly building up.

“Imagine a loan is taken and roughly half of the salary is spent on EMIs. If you have lost your job, you will not be able to repay your loan. Even if you have retained your job with a steep cut in salary, how do you make both ends meet? If you fail to repay the loan, your assets will be attached and you may lose a roof over your head,” said Gai.

The lenders, Gai said, are also well within their rights to seek repayment as they need to pay their employees and run their business.

“It is truly a catch-22 situation. The situation would not change unless the economy is opened up to its fullest, albeit keeping in mind due precautions, as people need work to earn money and repay debt,” he said.

There is a reason why bankers are shying away from unsecured loans in the aftermath of the pandemic. The loss of livelihood as a direct result of the covid-19 crisis has hit all lenders, but it has dented the asset quality of pure-play unsecured lenders even more.

“The worst impacted segment by far is the unsecured urban consumer and that is the reality…” Uday Kotak, the chief executive of Kotak Mahindra Bank, told analysts on 26 October.

“We are finding employees with lower salaries in companies, whether large or small, are more vulnerable than employees with (a) higher salary. So, in many ways, covid is disproportionately hitting the lower end of the strata,” he said.

SBI Cards and Payment Services Ltd, India’s second-largest credit card firm, faced an unprecedented rise in bad loans in the September quarter. Its gross non-performing assets (NPA) rose to 4.29% in Q2 from 1.35% in the three months up to June, underscoring rising distress among borrowers. Even worse, the asset quality would have worsened to 7.46% of total outstanding had it not been for the Supreme Court order on 3 September. The order forced lenders to keep some of the assets as standard even after they had slipped, masking bad loans of at least ₹26,000 crore.

In fact, experts have described how things are likely to play out in the near future. S&P Global Ratings expects the banking sector’s bad loans to shoot up to 10-11% of total loans as on 31 March 2022, from 8% on 30 June 2020. This, however, does not distinguish between retail and corporate loans.

Moreover, as borrowers move out of their temporary residences in metros to smaller towns and cities, lenders are finding it difficult to recover debt. App-based lenders, who provide instant short-term loans to individuals at the click of a button are among the worst-hit.

“Borrowers have just got out of the moratorium and the SC order that might bring some more clarity on the issue is also pending. Everybody had anticipated that bounce rates will be high because a lot of people are waiting for a final decision from the court and may not be paying up their dues,” said Anuj Kacker, co-founder, MoneyTap and a member of the executive committee at Digital Lenders’ Association of India (DLAI).

According to Kacker, bounce rates will not stay high as customers tend to pay up once lenders follow up through text messages, calls and other alerts. Another reason is that credit scores will get impacted if borrowers continue to default, making any future debt pricier and even hard to get, he added.

However, recovery tactics of app-based lenders were so coercive that the central bank intervened in June to send a message to all lenders. Aided by cheap mobile data offered by telcos, Indian smartphone users are a lucrative target for digital lending platforms. Most such lending apps ask for permission to access the entire contact directory on the phone when one installs them. Apart from this acting as a safety net in case of defaults, lenders also use those contacts to assess the credit worthiness of borrowers.

Loan Consumers’ Association, a collective of 10 advocates and social workers, is assisting borrowers in their fight against harassment from recovery agents. According to Nikkhhil Jethwa, a social worker and a member of the association, they have seen a flurry of complaints regarding consumer duress since the lockdown. He and his colleagues aid consumers seek legal remedy, taking up their cases pro-bono.

“There are a lot of people who are unable to repay and lenders, especially app-based ones, are using coercive recovery techniques,” said Jethwa.

Recovery of all loans, be it from a fintech or a traditional bank, has been hit. For instance, Sanjeeb Manoranjan Saha, owner of Storm Financial Service, an agency that recovers loans for banks and non-banking financial companies (NBFCs) says recoveries are at 65-70% level of February levels.

“Borrowers are saying they have lost their jobs and do not have the means to repay,” said Saha, adding that the lack of public transport has also affected the work of agents who work for him. He had to let go of some employees because of these restrictions, said Saha.

Importantly, the central bank has allowed banks to recast loans of retail and other borrowers without classifying them as non-performing. However, there are not many takers, according to bankers Mint spoke to. In fact, small and medium businesses form the bulk of requests for relaxation of repayment terms. One possible reason for such low turnout could be that even after recast, EMIs are changing by only a few thousands, not providing any substantial relief.

“There are borrowers who were paying EMIs of ₹100,000 every month before the pandemic. Even after a recast, their obligations are falling to just ₹90,000. They want more as the ₹10,000 cut is not helping them,” said Saha.