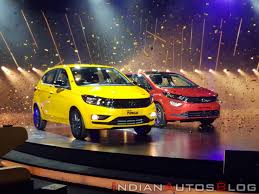 Tata Motors will kick start the new year with the launch of the Altroz turbo petrol model that’s slated to hit roads on 13th January, 2021. According to Autocar, the carmaker will also roll out the Tata Gravitas 7-seater SUV next month. Besides these two models, the company will bring in the Tata HBX concept based mini SUV and Harrier petrol in early 2021.

Talking about the Tata Altroz turbo petrol, the model will feature a 1.2L turbocharged petrol engine delivering power close to 108bhp and 140Nm of torque. It’s the detuned version of the Nexon’s Revotron motor. Reports suggest that the premium hatchback might also receive a new 7-speed dual-clutch transmission (DCT) along with a manual gearbox.

While the new DCT unit will be sourced from Punch, the gearshifter and some of its critical parts will be supplied by Lumax and Schaeffler respectively. The carmaker says that its dual-clutch gearbox will be affordable than the conventional DCTs or torque convertor transmissions. Save for the ‘Turbo’ badging at the rear, the entire design and styling of the Tata Altroz turbo petrol will be similar to the regular model.

The Tata Gravitas SUV is the bigger and more spacious version of the Harrier. While the wheelbase of the Gravitas will be similar to its younger sibling, its length and height will be increased by 63mm and 80mm respectively. The SUV has an additional third row of seats, thanks to its longer rear overhands and stepped roof. Minor changes will be made inside and out to differentiate it from the 5-seater Harrier.

Under the hood, the Tata Gravitas will employ the same 2.0L, 4-cylinder diesel engine that does duty in the Harrier. The BS6-compliant motor pushes out a peak power of 168bhp and 350Nm of torque. The SUV can be had with either a 6-speed manual gearbox or a 6-speed torque convertor automatic sourced from Hyundai.