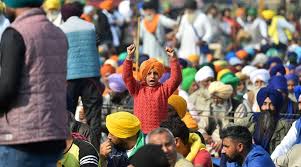 The farmers protesting the three new farm laws have accepted the government’s offer to hold yet another round of meeting in an attempt to bring the contentions to an end.

About forty farmer unions wrote to the Centre on Saturday proposing for the talks to take place on Tuesday, December 29. For them, a repeal of all laws will still be the top priority.

The unions had called for a meeting amongst themselves today, in order to devise their forthcoming strategies.

Here are the important highlights regarding the developments of the past week:â¨