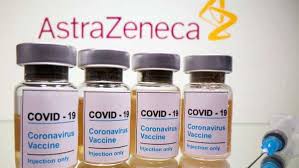 The Oxford vaccine, which also has a tie-up with the Serum Institute of India, is expected to win approval in the UK before Thursday, speeding up the provision of the jab to the most vulnerable groups.

London: The coronavirus vaccine developed by Oxford University and AstraZeneca should be effective against the highly transmissible new strain of the virus, a UK media report said on Sunday. The Oxford vaccine, which also has a tie-up with the Serum Institute of India, is expected to win approval in the UK before Thursday, speeding up the provision of the jab to the most vulnerable groups.

The first priority is to vaccinate the 12 to 15 million people who would need hospitalisation if they caught COVID. Approval for the AstraZeneca vaccine would mean we are well on course to do that by the spring, a senior government official was quoted by The Sunday Times as saying. The source warned that the new strain of COVID-19 had overtaken the old and was running rampant in the UK.

The latest figures are not good, but the guidance is the MHRA [the Medicines and Healthcare Products Regulatory Agency] will give the Oxford vaccine the go-ahead by midweek, the source said. AstraZeneca’s chief executive, Pascal Soriot, said that new data will show the vaccine is as effective as the Pfizer and Moderna jabs that have already been approved, protecting 95 per cent of patients, and is 100 per cent effective in preventing severe illness requiring hospital treatment.

He said that it “should be” effective against the new highly transmissible variant of the deadly virus, which put England under complete lockdown again after its rapid spread was detected. In the first trials of the Oxford vaccine, it was found to be 62 per cent effective overall, though one group accidentally given a half-dose first was 90 per cent protected.

We think we have figured out the winning formula and how to get efficacy that, after two doses, is up there with everybody else, Soriot told the newspaper. “I can’t tell you more because we will publish at some point,” he said.

The UK government has always regarded the Oxford vaccine as the one that would transform the battle against COVID-19, since it can be stored in a fridge and costs as little as 2 pounds a shot. The Pfizer drug has to be kept at temperatures of minus 70 degrees Celsius and costs 15 pounds a dose. The news of a new vaccine deployment by early in the New Year comes as most of the UK remains under tough lockdown conditions with a continued spike in the number of infections.

But news that the Oxford vaccine may be available soon will come as a boost, with the UK government having ordered 100 million doses of the vaccine, with around 40 million expected to be available by the end of March. Mass vaccination centres including stadiums and conference venues are being prepared for launch in early January once the regulator approves the Oxford-AstraZeneca vaccine.

The only way to receive the jab in the UK is through the state-funded National Health Service (NHS) established networks, even as there have been reports that private clinics are receiving daily requests from patients attempting to jump the queue. Despite offering thousands of pounds, all patients will currently have to wait their turn to receive one of the doses pre-ordered by the government based on a defined risk-based criteria.