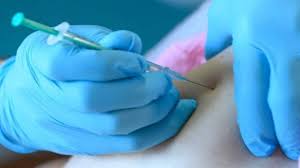 “Vaccines will work against the reported new variants of SARS-CoV-2,” said the government.

New Delhi: Hours after the Ministry of Health and Family Welfare (MoHFW) announced that six United Kingdom returnees have been tested positive with new UK SARS-CoV-2 virus variant genome, the Centre on Tuesday (December 29, 2020) said that there is no evidence that current coronavirus vaccines will fail to protect against new virus variants.

“There is no evidence that current vaccines will fail to protect against COVID-19 variants reported from the United Kingdom or South Africa. Vaccines will work against the reported new variants of SARS-CoV-2,” said K Vijay Raghavan, Principal Scientific Adviser to the Government of India.

Niti Aayog’s VK Paul also addressed the press conference and said, “The major population is still susceptible to COVID-19 infection in this cold weather. The UK variant has travelled to several other countries and also to India. This variant may have its own run and we’ve to very careful. One can’t be careless.”

Earlier in the day, the MoHFW said that a total of 6 samples of six UK returnees have been found to be positive with the new UK variant genome.

“All these persons have been kept in single room isolation in designated Health Care facilities by respective State Governments. Their close contacts have also been put under quarantine. Comprehensive contact tracing has been initiated for co-travellers, family contacts and others. Genome sequencing on other specimens is going on,” the MoHFW added.

The situation is under careful watch and regular advice is being provided to the States for enhanced surveillance, containment, testing & dispatch of samples to INSACOG labs.

It is important to note that the presence of the new UK Variant has already been reported by Denmark, Netherlands, Australia, Italy, Sweden, France, Spain, Switzerland, Germany, Canada, Japan, Lebanon and Singapore, so far.

Meanwhile, the two-day dry run for the COVID-19 vaccination in Assam, Andhra Pradesh, Punjab, and Gujarat has been successfully conducted.

The dry run exercise aimed at end-to-end testing of COVID-19 vaccination process and included planning and preparations as per the Operational Guidelines; creation of facilities and users on Co-WIN application, session site creation and mapping of sites, Health Care Workers (HCW) data upload, receipt of vaccines and vaccine allocation by the district, session planning, deployment of vaccination team, logistics mobilization at session site, mock drill of conducting vaccination and reporting and review meetings at the block, districts and state level.

The objective of dry the run was also to undertake and confirm field implementation of IT platform Co-WIN and guideway forward prior to actual implementation.