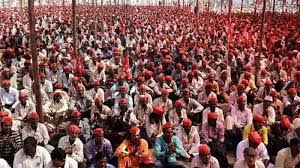 “A full repeal of the three central farm Acts and enacting a legislation for remunerative MSP for all farmers was reiterated as the pending demands of the movement”, it added.

The prospect of a resolution to the prolonged stand-off between farmers’ unions and the government over the contentious farm laws seemed bright for the first time on Thursday, with the unions reaching an informal understanding that they could ‘consider positively’ the government’s proposal to put the laws in abeyance for 12-18 months.

However, the decision, likely be conveyed to the government in the 11th round of talks on Friday, would be contingent on reinforcing the minimum support price (MSP) system with explicit legal guarantee, multiple sources from the farmers unions told FE on condition of anonymity. However, a statement issued by the Samyukta Kisan Morcha, an umbrella body of the agitating unions, was cautious. “In a full general body meet, the proposal put forth by the government yesterday was rejected.”

“A full repeal of the three central farm Acts and enacting a legislation for remunerative MSP for all farmers was reiterated as the pending demands of the movement”, it added.

Meanwhile, farmer leaders who have held several rounds of talks with the Delhi Police on Thursday decided to persist with their plan to take out a tractor rally on the Republic Day, on the outer ring road of Delhi.

Caving in to the pressure put on it by agitating farmers, the Centre on Wednesday proposed it would keep the three contentious farm laws in abeyance for 12-18 months and also set up a joint committee to discuss the laws in detail.
The government’s softening stance will not merely delay the radical and much-needed reforms required to free farmers from the shackles of middlemen and ensure unhindered inter-state farm trade, it would also bring to the fore its inability to push through hard reforms in the face of stiff resistance.

Before meeting of the working group of the Samyukta Kisan Morcha started, some 32 organisations from Punjab met and deliberated on the government’s proposal to defer the implementation of the laws. Many unions continued to insist on repeal of the laws, but there have also been voices that a practical, conciliatory approach might be needed.

After the 10th round of talks between agitating farmers and the government on Wednesday, agriculture minister Narendra Singh Tomar had said: “We have proposed to withhold the implementation for 1-1.5 years so that the protest ends and the leaders sit with the government to discuss issues related to the protest.” Even as the Supreme Court-appointed committee is working on the issue, the government also has the responsibility to deal with the situation arising out of the current protest, Tomar said.

On January 12, the apex court had stayed the implementation of the farm laws and asked a committee constituted by it to submit its report within two months.

Meanwhile, the Supreme Court-appointed panel on Thursday started its consultation process through video conference.and interacted with 10 farmer organisations from eight states, including Uttar Pradesh, Madhya Pradesh and Karnataka. “The farmers’ unions participated in the discussion and gave their frank opinion, including suggestions to improve the implementation of Acts,” the committee said in a statement.

While the SC had appointed four experts in the committee with a mandate to heed the views of all stakeholders and submit before the court in two months, one of the members, Bhupinder Singh Mann, recused himself from the committee last week.

Earlier, farmer leaders had alleged that the government was running away from discussion on the MSP issue. Union leaders on Wednesday had rejected the government’s suggestion to form a committee to discuss their demand to enforce the MSP under a law.