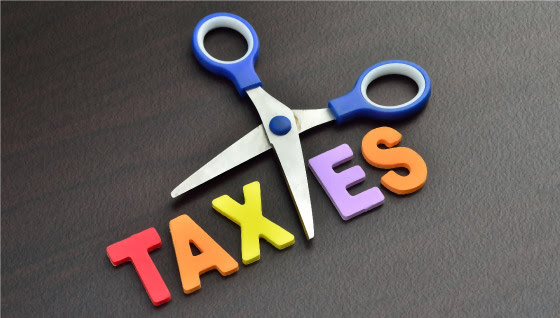 The finance minister appears to have been conservative in estimating the Centre’s Gross Tax Revenue (GTR) collections for FY21 and FY22. The Budget Estimates (BE) of the FY21 GTR was Rs 24.23 lakh crore, and was revised downwards to Rs 19 lakh crore in the FY22 Budget. This Revised Estimate (RE) for FY21 is lower than the actual GTR of Rs 20.10 lakh crore collected in FY20.

A GTR of Rs 3.32 lakh crore was collected in March 2020, despite being a bad month for tax collection. The GTR collected in FY20 was 7% lower than the RE20. This was primarily due to tapering down of economic activity and the transition to Bharat Stage VI by the auto industry, which forms about 49% of the manufacturing industry. The tax collection in the months of February and March, and the percentage this is of actual tax collection in FY18, FY19 and FY20 are given in the accompanying graphic.

From this data, it is apparent that the amount of taxes to be collected during the months of February and Mar 2021 to meet the RE FY21 is lower than the amounts collected in February and March of the previous fiscal years. Corporate profits for the September 2020 quarter were at an all-time high, which was subsequently surpassed by higher corporate profits in the December 2020 quarter. This is evidenced by the highest corporate tax collection, in December 2020 at Rs 1.27 lakh crore. This is 57% higher than the corporate tax collection of Rs 0.81 lakh crore in December 2019.

The monthly GTR, over the four months from October 2020 to January 2021, is higher than that for the corresponding period in FY20 by an average of 27%. Applying the average increase of 27%, the total GTR during Feb and Mar 2021 could be about Rs 6.08 lakh crore, resulting in an increase in GTR collection over REFY21 by Rs 2.25 lakh crore. Consequently, actual tax collection in FY21 could be about Rs 21.25 lakh crore.

The higher tax collection during this year will have an impact on the BE for the next year. The BE FY22 GTR is Rs 22.17 lakh crore, an increase of about 17% over RE FY21 GTR. Assuming the actual GTR in FY21 to be Rs 21.25 lakh crore, the increase in BE FY22 GTR over RE FY21 GTR may be only 4%. The nominal GDP growth rate for FY22 is estimated to be 15%. The GTR for FY22 could increase to Rs 24.44 lakh crore if we factor in the nominal GDP growth rate on the actual GTR collection this year.

Increased economic activity would bring in more taxes this fiscal and the next. The government should use the extra tax collection this year to pay GST dues to states, and repay all pending GST, corporate and individual tax refunds to taxpayers till at least February 2021, so that there will be no overhang of past refunds in the next year. The government should settle all incentives for exports, full subsidy claims and backlog of spending for infrastructure and defence so that it can start the new fiscal year on a clean slate. It should continue the borrowing programme announced in Budget FY22 and not cut it down. This will improve the quality of government-spending next year and impact growth positively.

Pai is chairman, Aarin Capital Partners, and Krishnan is a tax consultant