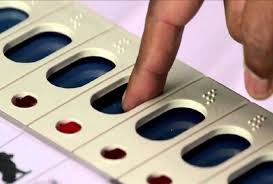 In Avadi, both the AIADMK and the DMK have fielded the same candidates as in 2016. Ma Foi Pandiarajan, Minister for Tamil Official Language, will lock horns with S M Nasar, who has served as local municipal chairman for over 10 years. Last time, the AIADMK won by a small margin of 1,395 votes. As the campaign draws to a close, both candidates answer questions from TOI’s Ram Sundaram

You are contesting against the same candidate again, a sitting Minister. How have things changed in the last five years?
Response from people has been very positive compared to 2016 elections. After getting elected from the constituency, AIADMK MLA Pandiarajan was never active in the field here and was hardly accessible to common man. He was largely focused on meeting the needs of business communities and corporate firms. Also, people are angrier with the central government for increasing prices of cooking gas and diesel. So we hope to win by a bigger margin this year.

What will be your top three priorities for the constituency?
Our top-most priority will be to complete the drinking water-sewage project and open a compost yard at Sekkadu for effective solid waste management. And we have promised our voters that we will never allow the central government to convert defence establishments here into corporations as it will pave way for privatisation. Finally, we will make Pattabiram TIDEL park a reality.

Pandiarajan has restricted to organising two ‘poojas’ before the elections.
While they claimed that tenders were finalised with a Singapore-based firm for Rs.230 crore, Right to Information (RTI) replies show that it was still as non-starter. Once we come to power, we will ensure that adequate jobs are created through this facility and 75% of jobs it will be reserved for local youth as promised in our election manifesto
If elected, what would you do to put things back on track in Avadi constituency- one of the worst affected in the Chennai due to Covid?
During lockdown, we ensured that every ration card holder in the constituency, particularly those from lower-income groups, received adequate rice. Medical kits were provided to them and helped a few of them get vehicle e-passes. Now that cases are on the rise, we continue to support these people. We will improve facilities at local government hospitals so that people need not travel far for treatment.

You are up against the same candidate again. What has changed in the last five years and will there any change in your approach?
Last time, I was seen more as an outsider. After winning from Virudhunagar, it was a drastic shift to Avadi. All that I chanted repeatedly was the mantra of ‘Amma’ and I won. In the last five years, I have worked hard to earn the confidence of people and keep shifting between my residence here and Anna Nagar, which not very far from the constituency. So I’m seen as an insider now.

What will be your top three priorities for the constituency?
First priority is to help people get pattas. Almost 56,000 families here don’t have pattas. Last year, I have helped about 22,500 get pattas. Second is get the underground sewage works completed. Even when both the sewage treatment plants are functioning now, home connections are yet to completed. Third would be about ensuring clean drinking water. Chief Minister Edappadi K Palaniswami has committed 10 MLD of water from Puzhal.

Some promises from your 2016 manifesto are incomplete. If elected again, how do you plan to get it done?
The delay was largely due to DMK’s governance. Though the sewage and drinking water project was started in 2006, they committed very little funds. They put the cart before the horse by installing pipelines before commissioning the plants. With so much corruption around, the pipe quality was very poor and we had to replace them.
DMK candidate has been campaigning that you were not active in relief works last year after Covid spread. Your response?
Only because I did a good job here in Avadi, I was given the additional responsibility of Tondiarpet , which witnessed highest infection per capita. Every day, I used to be there in both places. DMK was trying to generate sympathy that Nasar contracted Covid while he was working on the streets. But I have ensured that government’s welfare and relief measures reached more than 60,000 families here

Opposition has been repeatedly criticising you for supporting some of BJP’s policies.
The DMK is making a mountain out of a molehill.
DMK candidate Nasar has been going to every church here saying that I’m an RSS person because he wants to consolidate the 22% minority votes in the constituency. But I have excellent response from minorities and they trust me.