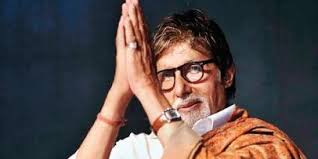 Jaya Bachchan is a successful politician. She joined the Samajwadi Party in the year 2004 and is a Member of Parliament representing Uttar Pradesh.

Hema Malini joined the Bharatiya Janata Party in the year 2004. She represents the Mathura constituency of Uttar Pradesh.

Amitabh Bachchan joined Indian National Congress in the year 1984 from the Allahabad constituency. However he resigned after three years and now supports the Samajwadi Party.

Govinda joined Indian National Congress and was a Member of the Lok Sabha from from 2004-2009.

Dharmendra was a Member of Parliament for Bharatiya Janata Party and represented the Bikaner constituency of Rajasthan from 2004-2009.

Shatrughan Sinha was a Member of Lok Sabha from 2009-2019 for Indian National Congress. He is a two-time Union Cabinet Minister and Rajya Sabha MP.

Jaya Prada was a part of Telegu Desam Party, Samajwadi Party and Rashtriya Lok Dal before she joined BJP in 2019.

Sunny Deol joined Bharatiya Janata Party in 2019. He represents the Gurdaspur constituency of Punjab and won the 2019 Lok Sabha elections

Actress Urmila Matondkar contested the 2019 Lok Sabha elections from the Congress party. However, in 2020, she joined Shiv Sena