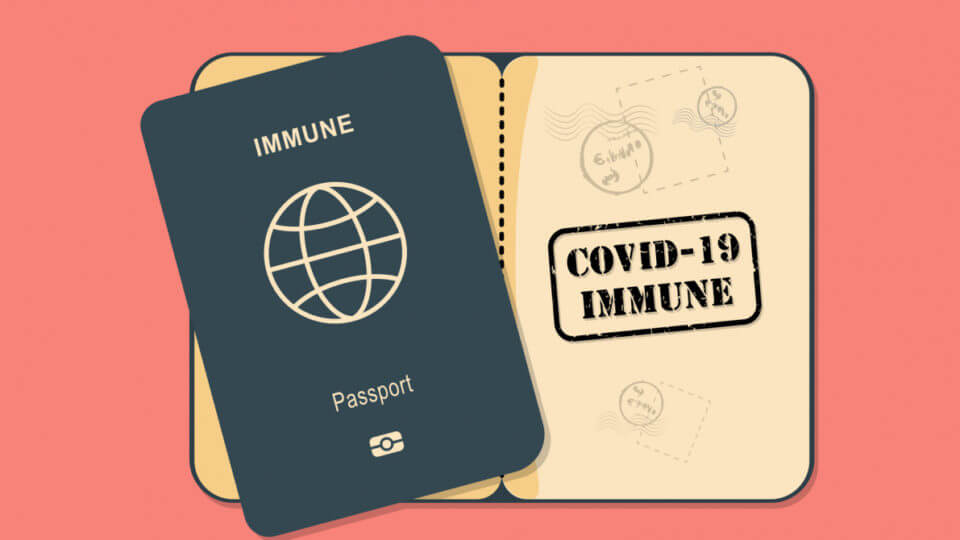 Portable vaccine records are an old idea: Travelers to many parts of the world, children enrolling in school and some health care workers have long had to supply them as proof that they have been vaccinated against diseases.

With Covid-19 vaccinations accelerating, attention is turning to tools for people to prove that they have been inoculated and potentially bypass the suffocating restrictions used to fight the pandemic.

Though the idea is meeting some resistance over privacy and equity concerns, several types of coronavirus vaccination records, sometimes called “vaccine passports,” already exist, in paper and digital form. Hundreds of airlines, governments and other organizations are experimenting with new, electronic versions, and the number grows daily, although so far their use has been very limited.

Portable vaccine records are an old idea: Travelers to many parts of the world, children enrolling in school and some health care workers have long had to supply them as proof that they have been vaccinated against diseases.

But vaccine passports use digital tools that take the concept to new levels of sophistication, and experts predict that electronic verification will soon become commonplace, particularly for international air travel, but also for admission to crowded spaces like theaters.

Here are some of the main questions being asked.

What is a ‘vaccine passport’?

Generally, people are using the term to mean an electronic record of vaccination, possibly in the form of a QR code, that is easily accessible through a smartphone or possibly stored on the device, though it could also be printed out.

At its simplest, documentation is something like the physical card created by the Centers for Disease Control and Prevention and usually given to people when they receive their first COVID-19 shot in the United States, or the World Health Organization’s “yellow card,” used for decades by travelers to show inoculation against diseases like yellow fever. But those are on paper, filled out by hand and fairly vulnerable to forgery.

The tool might have to address several variables: It is unclear how long inoculation lasts, there can be bad batches and the emergence of new variants of the virus are likely to require new vaccines. So in the long run, an electronic record might need to show which specific vaccine a person received, from which batch and when.

More than a dozen competing versions are already being developed and promoted.

How would it be used?

In the short run, the clearest application may be in international travel, and the reason is evident at any major airport: Passenger volume is at a fraction of pre-pandemic levels, yet there are enormous lines at airline counters and passport control.

Many countries already require proof of a recent, negative coronavirus test for entry. So far, that documentation has existed almost entirely on paper or on a passenger’s phone, and must be confirmed by human eyes at the airport, so checking in for a flight online, or even at an electronic kiosk in the terminal, is out.

As travel restrictions ease, volume will increase, and many nations are expected to begin requiring proof of vaccination (or prior coronavirus infection) to enter, or just to skip the quarantine requirement. More passengers and more documentation requirements will make processing even more unwieldy.

“We have to automate this thing,” said Nick Careen, senior vice president of the International Air Transport Association, an airline industry trade group. “Even if there is never a vaccination requirement approved, there is still going to be a requirement for testing, and we can’t do this manually.”

(Even with an electronic system, officials say, there will be some people who must use paper health documents because they lack access to digital tools.)

No major country has publicly floated vaccine verification for domestic travel. But some governments and businesses already require proof of a negative coronavirus test for entry to certain crowded locations, and a few have started demanding proof of vaccination, increasing the desire for an electronic alternative.

To be most useful, a digital record would have to be widely adopted — by governments checking travelers, by airlines and ship lines screening passengers, by businesses restricting admission and by the hodgepodge of health care providers, government agencies and pharmacies that are giving the shots.

That, in turn, means it would have to be easy to use, and relatively inexpensive. Requiring organizations to spend a lot of money or adopt new software would be a barrier.

Who is using it?

In February, Israel’s government began issuing its digital Green Pass or a physical certificate to people who had been vaccinated, and it is required to enter places like hotels and theaters.

In the past month, hundreds more entities around the world — airlines, governments, drugstore chains and others — began using privately controlled digital systems to verify health credentials. Most are using the systems — including one called CommonPass and the International Air Transport Association’s own system, Travel Pass — on a trial basis, to verify negative coronavirus tests.

The systems are designed to show proof of vaccination, as well, if that is required.

The same month, Singapore Airlines became the first carrier to make limited use of Travel Pass for people flying between Singapore and London, and will put it into wide use in May.

Also in March, New York state became the first government in the United States to implement a system, the Excelsior Pass, developed with IBM, which some venues have used to prove vaccination. The governors of Florida and Texas have vowed to block any such system in their states, calling it government overreach and an invasion of privacy.

Iceland this month eased entry restrictions for people who have been vaccinated, and Britain is about to start experimenting with a vaccine verification requirement to attend sporting events, though so far neither country has adopted a digital system.

The Biden administration acknowledges that private entities will use such systems, but says the federal government will not be involved in creating one. “There will be no federal vaccinations database and no federal mandate requiring everyone to obtain a single vaccination credential,” Jen Psaki, the White House press secretary, said this week.

That does not, however, rule out a federal agency using a privately developed electronic health credential to screen international travelers.

What are the obstacles and objections?

Many of the objections that have been raised are about privacy, but people developing the systems say those can be addressed.

CommonPass and its app, for example, do not hold any of the user’s health records, said Paul Meyer, CEO of the Commons Project Foundation. If a participating airline needs to know whether a passenger has had a negative test or inoculation, and a participating pharmacy has the information, CommonPass can communicate with both and return a simple yes or no answer, without transmitting any specific data.

“You shouldn’t have to hand over your health record to Yankee Stadium or an airline,” Meyer said.