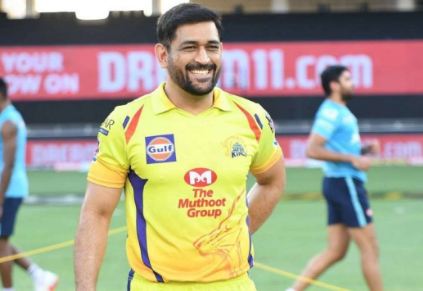 Dhoni who is a die-hard cricketer finally admitted of feeling very old after leading his side Chennai Super Kings to a huge win over Punjab Kings. This was also his 200th game in the IPL.

MS Dhoni is already touching 40 but when it comes to giving his everything on the field, he never ever backs down. That’s why one of his confession last night in post-match interaction came as a shocker to many. Dhoni, who is a die-hard cricketer, finally admitted of feeling very old after leading his side Chennai Super Kings to a huge win over Punjab Kings. This was also his 200th game in the IPL. Maybe the shear experience of playing so many games does make him feel a bit old.

“Makes me feel very old.” He replied when he was asked to reflect on his 200th game for the franchise. He also revealed that he was never happy with the Chepauk wicket after IPL 2011. “I think 2011 was the last time we were happy with the Chennai wicket. After that, however hard the groundsmen tried we were not happy with the wicket,” said Dhoni during the post-match ceremony.

He also praised the Wankhede pitch: “We have a good pitch here. There is movement off the seam, bounce and runs. The ball doesn’t swing a lot. So when there is no dew, it seams for an extended period.”

MS Dhoni-led Chennai Super Kings have registered their first win in the ongoing Indian Premier League as they beat KL Rahul’s Punjab Kings by 6 wickets. Chasing a below-par target of 107 runs, CSK reached the target with 26 balls remaining.With 107 needed off 120 balls, CSK got off to a slow start with their first boundary coming only in the fourth over. Ruturaj Gaikwad struggled before getting out to Arshdeep Singh after making just 5 off 16 balls.

Moeen Ali then joined Faf du Plessis in the middle and he played blinder off an innings to take CSK near the finish line. His innings of 46 off just 31 balls consisted of 7 boundaries and one maximum. He got out trying to hit Murugan Ashwin over deep midwicket as Shahrukh Khan took an easy catch near the boundary. CSK lost Suresh Raina and Ambati Rayudu in consecutive balls but Faf du Plessis continued with his watchful innings as Chennai reached the target with 26 balls remaining. He remained unbeaten on 36.