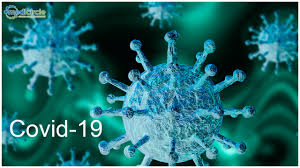 If other states also implement strict actions and control the spread, then national peak may come within 2 weeks after Maharashtra peak, the report suggests

A research report by the State Bank of India (SBI) suggests that India’s Covid second wave peak may happen in the third week of May. The report said that recovery rate across countries continues to improve in different peaks. But in India recovery rate increased to 97.3 till mid-Feb’21 but it has started declining thereafter and moved to 85 recently.

”Based on our model if we consider second wave peak is reached when recovery rate is around 78%-79%, then the peak could be further away in May. Our model suggests that the estimated peak time is 96 days from 15-Feb, indicating the peak happening in the 3rd week of May”, said the note authored by Dr. Soumya Kanti Ghosh, group chief economic adviser at SBI.

It may ne noted that we are incrementally adding around 15000 more cases over peak of previous day as of today, though such numbers are difficult to predict, SBI research’s note stated.

UP and Maharashtra achieved peak before national peak in first wave. Now new cases in Maharashtra seems to be stabilising but share of cases in total of various other states (Chhattisgarh, MP, Gujarat) has increased in the current second wave and these are showing increase in daily new cases. So, if other states also implement strict actions and control the spread, then national peak may come within 2 weeks after Maharashtra peak, the report suggests.

Given the current circumstances of partial/local/weekend lockdowns in almost all states, SBI Research revised its growth forecast downwards for FY22 at 10.4% real GDP and 14.3% nominal GDP. India’s Real GDP revised downwards from 11% to 10.4% in FY22, it said.

It estimates total economic loss of ₹1.5 lakh crore due to the ongoing lockdowns and restrictions, of which Maharashtra, Madhya Pradesh and Rajasthan account for 80%. Maharashtra alone accounts for 54%, the report said.