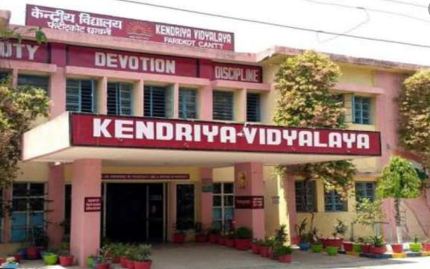 Kendriya Vidyalayas have been closed for early summer vacations and would be shut till June 20, 2021. The teachers of Class 10, however, have been advised to remain in station.

Kendriya Vidyalaya Sangatha, KVS has released the order for revised summer breaks in KV schools across the country. In view of the present situation, all the schools in the country, except the ones in cold and very cold region, would be closed for summer vacations from May 3, 2021 to June 20, 2021. Teachers of Class 10, however, have been instructed to stay at the station for the calculation of CBSE 10th Result 2021.

However, for regional centres in Leh, Kargil, Ladakh, Tawang and Dalhousie as well as KV Kathmandu, the summer breaks would begin from the scheduled date of June 1, 2021 and would be as per the earlier notified schedule.

Teachers of Class 10, however, have been instructed to remain in the station till the CBSE Class 10 Result 2021 calculation work if not competed. ‘The leave entitled to him/her may be admissible to him/her for the period of stay at the station for the purpose as per rules’, reads the notice.

Meanwhile, the KV admission process remains deferred as the list has not been released as yet. Earlier scheduled to be announced by April 30, the date was deferred due to the pandemic. Class 9 admission test was also cancelled by the KVS for the same reason.