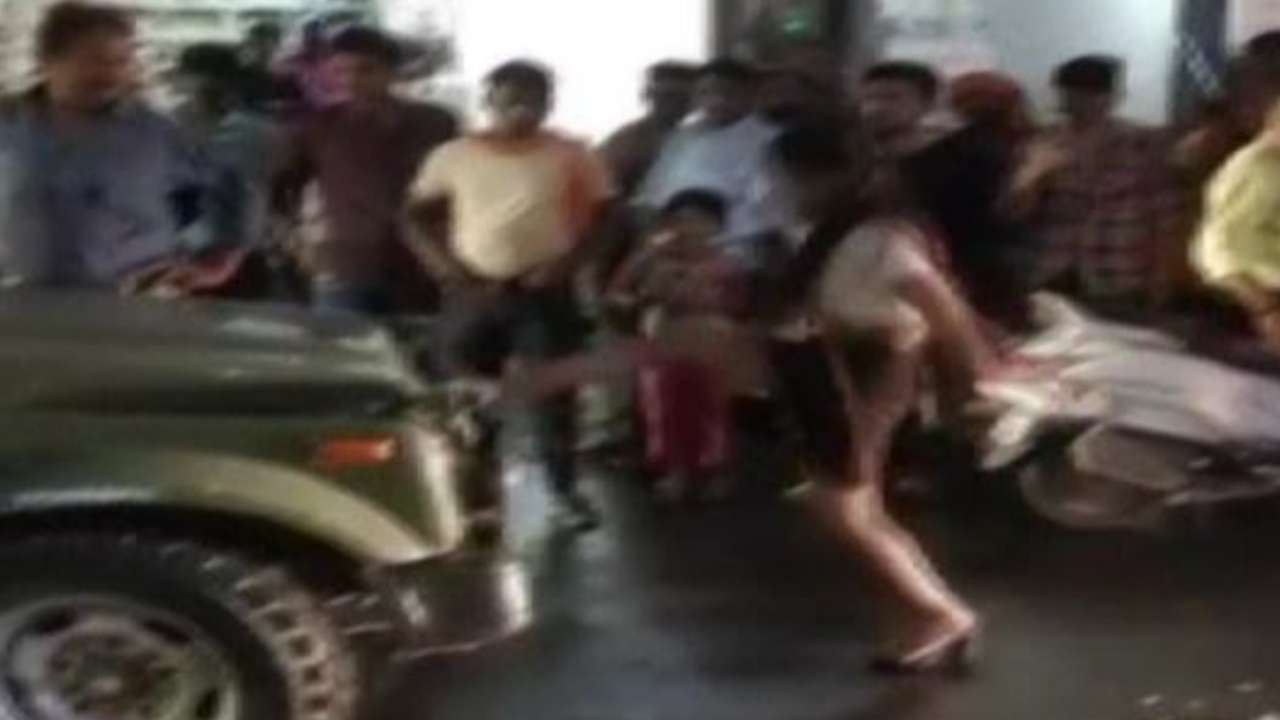 A 22-year-old model attacked an army vehicle in Gwalior on Wednesday night under the influence of alcohol.

A video of a woman allegedly vandalising an Army vehicle and creating ruckus in Gwalior went viral on the Internet.

In the viral video, the drunk girl in high heels can be seen kicking and damaging the headlight of the army vehicle. Not only this, but she also pushed an army officer who tried to stop her from damaging the vehicle. Her drama also caused traffic on the road. Later, this incident was reported to Padav police station, Gwalior.  After which, a woman cop came and took the girl to the police station.

Police said, “The woman was in a drunken state and caused a ruckus. Action has been taken against her. There is no complaint from the Army’s side.”  Vivek Asthana, in charge of Padav police station, added, “We have got the medical test of the girl done, and necessary action is being taken.”

According to the locals, “three girls from Delhi had come to Gwalior and one of them created a ruckus on the road.” However, the other two girls reached the police station and demanded the release of the girl. Girls claimed that they came to Gwalior in order to participate in an event and were staying in a hotel. Later, the girl was released by police on bail.