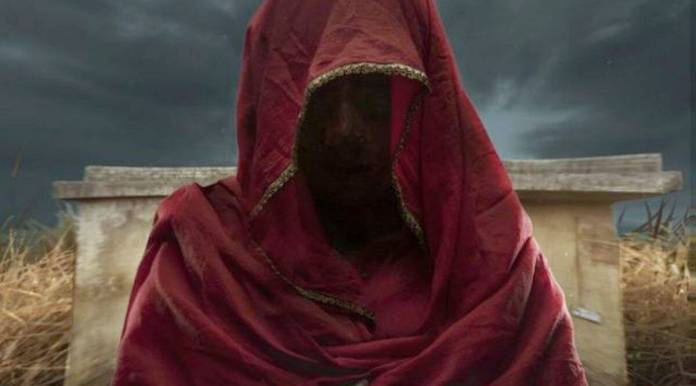 Chhorii – an Amazon Original Movie, directed by Vishal Furia and produced by T-Series, Crypt TV, and Abundantia Entertainment, the horror film is the remake of an acclaimed Marathi film ‘Lapachhapi.’

Mumbai: The OTT giant Amazon Prime Video today dropped a glimpse into the world of its upcoming Original horror movie – Chhorii, starring Nushrratt Bharuccha in the lead. The film is all set to scare audiences like never before this coming November.

Horror film aficionados get ready for a thrilling ride and, after this motion poster, we sure are sleeping with the lights on tonight!

Chhorii is an upcoming horror film directed by Vishal Furia. It has been produced by Bhushan Kumar, Krishnan Kumar, Vikram Malhotra, Jack Davis, and Shikhaa Sharma respectively. A remake of the Marathi film Lapachhapi, the film features Nushrratt Bharuccha in the lead role, alongside Mita Vashisht, Rajesh Jais, Saurabh Goyal, and Yaanea Bharadwaj.

The film also marks the first collaboration between Abundantia Entertainment’s Psych, (a vertical focused on the horror and paranormal genre) and the Los Angeles-based Crypt TV known for showcasing a new brand of scary with shows like – The Look-See, The Birch, Sunny Family Cult, and The Thing in the Apartment.