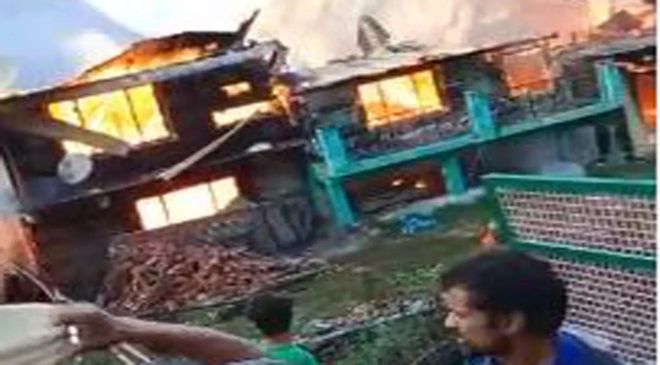 SHIMLA: Eight houses were gutted and 16 families affected in a major fire incident at Ramni village under Nichar tehsil of Kinnaur district on Wednesday.

The District administration had also directed the JSW hydro Power project to deploy Fire tender to Ramni village while directions were also issued to the HPSEBL to cut the electricity supply.

With the help of villagers, fire fighting team brought the fire under control and doused the flames. Officials said that cause of fire is being ascertained.