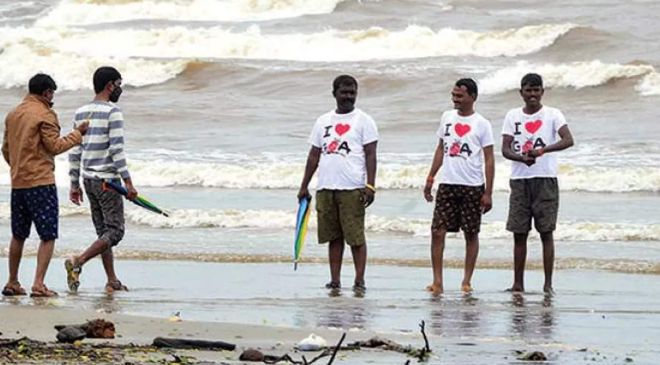 PANAJI: Chief minister Pramod Sawant said on Friday that the government has written to the Union ministries of home affairs and external affairs to give special permission to allow charter flights into the tourist state.

Goa receives charter flights from mostly Russian destinations, apart from the UK and a few European countries. However, since the pandemic and owing to the ban on international commercial flights, Goa did not receive a single charter flight last season.

Recently, the state was applauded by PM Narendra Modi after the state government claimed it achieved 100% first dose vaccination.

“I would like to appeal to all of you to spread the message that Goa is ready to welcome tourists,” Sawant said.

Barring travellers from Kerala, he said that the Goa government allows entry to people who have taken both doses of vaccine.

Travellers from Kerala are required to produce an Covid-negative RT-PCR certificate to enter Goa, and also have to undergo five days of mandatory quarantine.

Sawant also said that different programmes would be organised for tourists.

Meanwhile, the curfew imposed by the state will remain in force till Monday morning.

The coastal areas of the state are already crowded with domestic tourists, especially from the neighbouring states of Karnataka, Maharashtra, and Andhra Pradesh.

In fact, even before the state relaxed curfew conditions, Goa has been seeing a steady flow of tourists since July.

While domestic tourists have increased occupancy of starred hotels, smaller hotels that traditionally relied on charters have remained shut for a year and a half.

The travel and tourism association of Goa (TTAG) has been lobbying since last season that as a special case, the government of India should have bubbles with Goa’s charter destinations as after mining, it is the hospitality industry that has been the main support of the state’s economy.

The TTAG has also been demanding that now the state’s Covid case positivity rate has dropped below 5%, all kinds of tourist activities should be resumed.

The government is yet to allow operations of casinos and river cruises, both major attractions among domestic tourists.
Recently, science and technology minister Michael Lobo said that he requested Sawant to allow casinos to reopen at least 50% capacity, by following all Covid protocols. If casinos restart, tourist footfalls will increase and it will revive the hospitality sector, Lobo said.

Annually, Goa receives around 80 lakh tourists, and until pandemic, the sector had witnessed healthy growth.