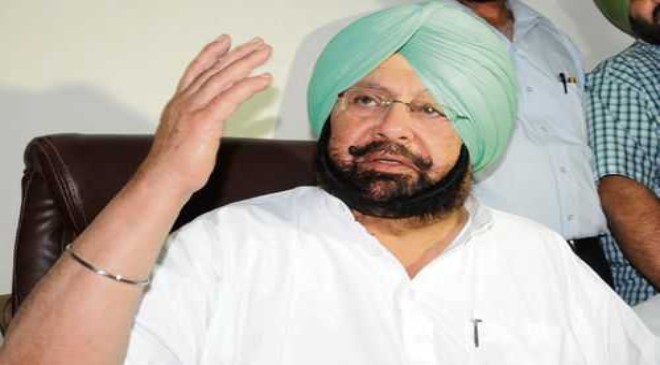 Chandigarh: Captain Amarinder Singh has resigned as the Chief Minister of Punjab and handed over the resignation of his council of ministers to the state Governor at the Raj Bhawan. Singh arrived at the Chandigarh Raj Bhawan with his wife amid speculations ahead of the crucial Congress Legislature Party (CLP) meeting at 5 PM

The buzz gained ground as Captain’s son Raninder Singh took to Twitter and said he will accompany his father to the Raj Bhawan “when he submits his resignation as CM of Punjab”.

“Haha indeed indeed must go now as I am proud to accompany my father to Raj Bhawan when he submits his resignation as CM of Punjab and leads us as head of our family into a new beginning et all,” Raninder Singh tweeted this afternoon.

The Punjab Chief Minister addressed a press conference at the Punjab Raj Bhawan Gate outside the Governor’s house after submitting his and his council of ministers’ resignation.

5.03 PM: “I am in the Congress party, will consult with my supporters and decide the future course of action. Whoever they (party high command) have faith in, can make them (Punjab CM)…” Captain tells reporters outside Raj Bhawan in Chandigarh.

4.54 PM: “This (calling a meeting) is happening for the third time…There is an element of doubt regarding me. I feel humiliated by the way talks transpired… which is why I decided to quit,” Singh tells media after submitting his resignation.

4.43 PM: CM Captain Amarinder Singh has met Punjab Governor and submitted his and his council of ministers’ resignation. He will address the media at the Raj Bhavan gate in a few minutes from now, announces Raveen Thukral, Media Advisor to Punjab CM.