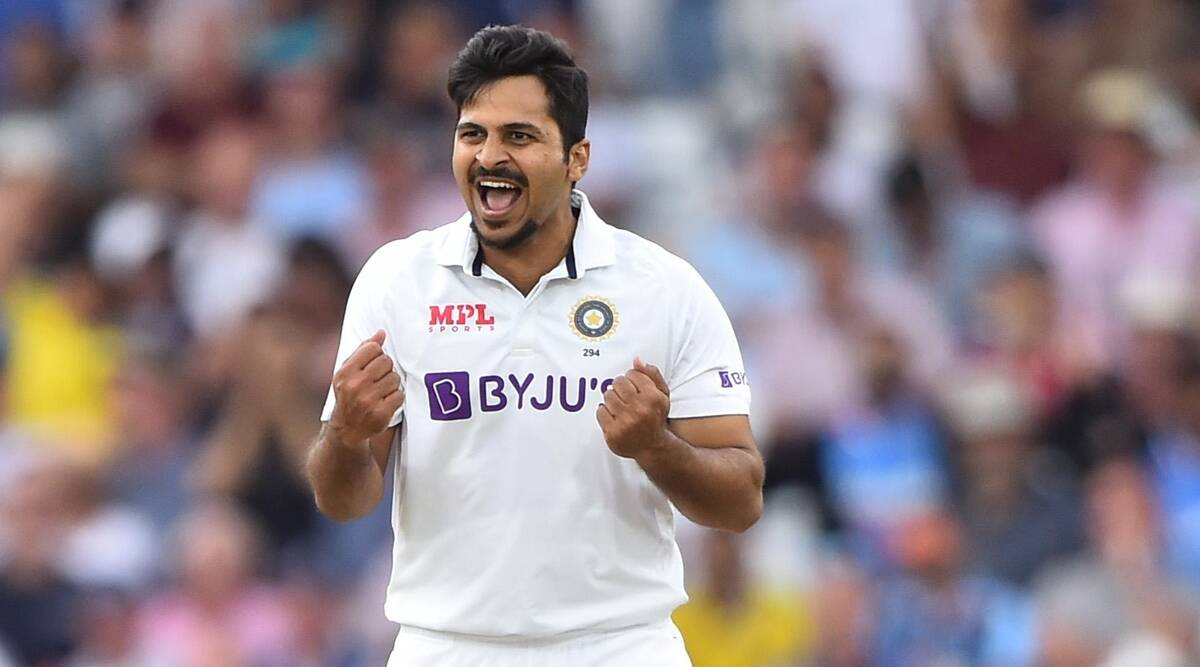 Shardul Thakur played at a strike-rate of over 100 and went on to add 117 runs in three innings in the recent India-England series.

After ticking all the boxes in the bowling department, Shardul Thakur lately has proved to be a trump card for Team India batting with the bat. In the recent, India-England series, which got cancelled midway, Thakur played a key role in helping India win the Oval Test.

The 29-year-old played at a strike-rate of over 100 and went on to add 117 runs in three innings, which also include his twin half-centuries at the Oval. Not only that, the bowler had played a similar role in India’s historic win at Australia earlier this year, where he played a crucial 67-run knock in the final Test at Gabba, which India won by three wickets.

Not only in international circuit, but Thakur has maintained a similar tempo in domestic cricket and during the Vijay Hazare Trophy earlier this year, the 29-year-old fired a 57-ball 92, which had six fours and the same number of sixes.

During an interview with the Indian Express, the Team India seamer revealed how MS Dhoni, with whom he shares the Chennai Super Kings dressing room with, helped him improve his batting over the course of time.

Recalling an old episode involving ‘Captain Cool’, Shardul said: “Once I was in Mahi bhai’s (Mahendra Singh Dhoni) room and holding his bat. He told me that my batting grip is too high and I need to hold it lower to get better control over the shot. Now I hold my bat there and it helps.”

The 29-year-old said that his inning at Gabba played an important part for him evolving from a tailender to a genuine batting material as after that he got extra attention from the team management. He also credit the support from both Team India senior batsmen Virat Kohli and Rohit Sharma behind his rise as a lower-order batsman.

“There have been people from the Indian team management, Virat, Rohit, who kept motivating me. They all said that whenever I bat, I should think the way batsmen think,” said Thakur.