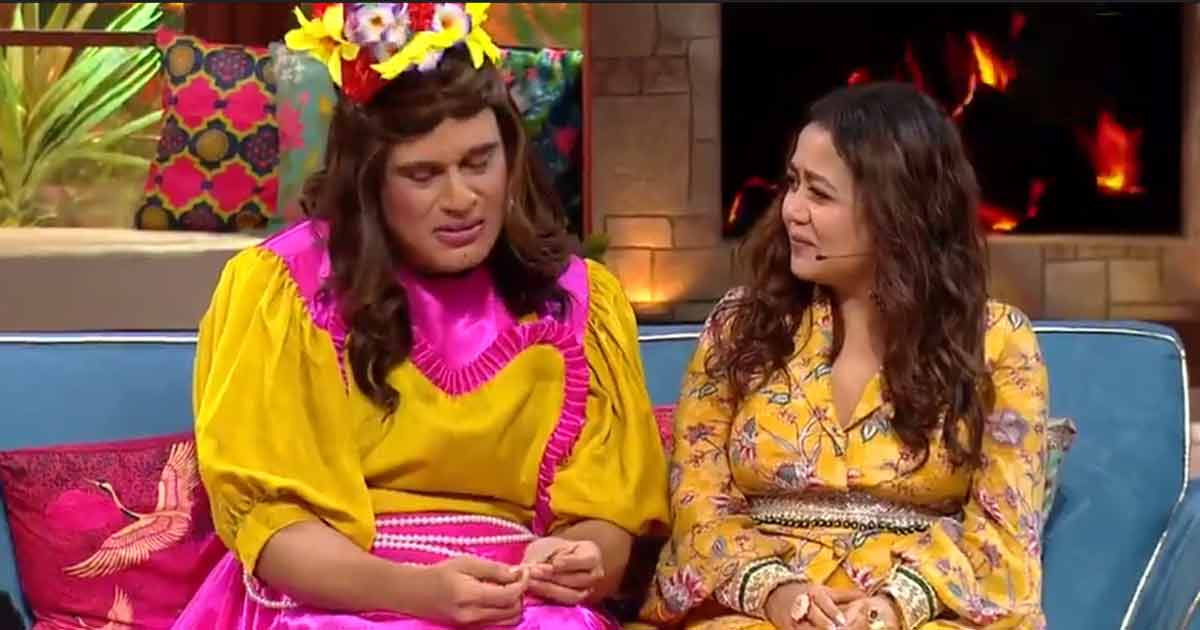 Neha and Tony Kakkar will be seen in an upcoming episode of ‘The Kapil Sharma Show’ as celebrity guests where they will promote their upcoming single ‘Kaanta Laga’. Neha was mocked by comedian Krushna Abhishek for showing her emotional side on national television.

New Delhi: Singer Neha Kakkar is known to be an emotional person. Neha, who was seen as a judge on reality singing show ‘Indian Idol 12’ was often seen breaking into tears after listening to sad stories of contestants. And due to this reason, she often come under the scanner by viwers.

Neha, who will be seen as a guest on ‘The Kapil Sharma Show’ to promote her upcoming single ‘Kaanta Laga’, was mocked by comedian Krushna Abhishek.

Seen in his popular onscreen role – Sapna, Krushna tells Neha, “Mereko na bohot dukh hai, mereko koi pyaar nahi karta hai (I am very sad because no one loves me).” When an empathetic Neha asks him the reason behind it, Krushna goes on to take a dig at her saying, “Aap rona nahi, haan, main contestant nahi hoon (Don’t cry, I am not a contestant).” Neha pretended to be upset and retorted, “Maarungi (I will hit you).”

Kapil also joked about how the Kakkar siblings – Neha, Tony and Sonu have been appearing on almost every television reality show. He asked them sarcastically if they are fully vaccinated or they like being offered a discount package deal to appear on television. He also mocked Neha for her music single ‘Kaanta Laga’, saying, ‘how come all the women are only pricked by thorns and not men’.