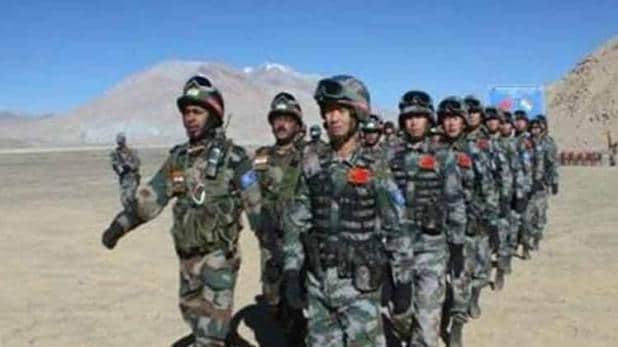 Hong Kong (CNN)China’s increased military activity in the Taiwan Strait may have grabbed all the headlines in recent weeks, but thousands of miles to the west, another simmering territorial dispute on the country’s borders looks more likely to boil over first.Just 16 months ago, Chinese and Indian troops fought a deadly hand-to-hand battle in the Himalayas along the Line of Actual Control (LAC), the ill-defined de facto border between the two nuclear powers.And now, tensions appear to be rising again.

According to unverified reports, troops from both sides have been briefly detained by the other, as military positions are fortified and talks to deescalate the situation seem at an impasse.

In 1962, India and China went to war over the remote, inhospitable border regions high in the mountains, eventually establishing the LAC. But the two countries do not agree on its precise location and both regularly accuse the other of overstepping it, or seeking to expand their territory. Since then, they have had a series of mostly non-lethal scuffles over the position of the border — until the June 2020 clash, the deadliest on the LAC in more than 40 years.After that battle, in which at least 20 Indian and four Chinese troops were killed, respective military leaders have held face-to-face talks to dampen lingering tensions.The 13th of those meetings was held Sunday — and it didn’t end well. Earlier discussions had made some progress in calming the border, but a statement from the Indian Defense Ministry on Monday accused China of no longer cooperating.”The Indian side pointed out that the situation along the LAC had been caused by unilateral attempts of the Chinese side to alter the status quo and in violation of the bilateral agreements,” the statement said.”The Indian side therefore made constructive suggestions for resolving the remaining areas but the Chinese side was not agreeable and also could not provide any forward-looking proposals.”Beijing sees the situation differently.”China has made great efforts to promote the easing and cooling of the border situation and fully demonstrated its sincerity in order to maintain the overall situation of the relations between the two militaries. However, India still insisted on the unreasonable and unrealistic demands, which made the negotiations more difficult,” said a statement from Col. Long Shaohua, spokesperson for the People’s Liberation Army (PLA) Western Theater Command.An extensive article in China’s state-run Global Times tabloid ratcheted up the rhetoric, accusing India of “triggering new incidents along the eastern section of the border.”

An Indian army convoy travels through Zoji La, a high mountain pass bordering China on June 13 in Ladakh, India.After reports earlier this year that real progress was being made, including satellite photos showing China dismantling border garrisons, the Himalayan flashpoint has largely fallen off the world’s radar — even more so given the recent focus on Taiwan.But over the past few weeks, both Indian and Chinese media have run stories about the unverified fresh confrontations along the LAC, all of which have reportedly been resolved peacefully.Global Times said the unverified encounters had strained relations along the border.”Chinese experts have warned of the risks of a new conflict, saying that China should not only refuse to give in to India’s arrogant demands at the negotiating table, but also be prepared to defend against new Indian military aggression,” the report said.That was followed by claims from PLA garrisons on the Himalayan frontier, describing “tense daily working conditions” with alarms going off, commanders leading patrols at the front and soldiers “writing appeals for battle assignments,” according to Global Times.The report also touted Chinese efforts to build infrastructure in the region, saying the moves had boosted troops’ morale and ability to move to hotspots along the LAC.As to why the India-China border situation should be heating up now, Chinese state media offers a familiar answer. Just as it does concerning tensions over Taiwan — near which Chinese warplanes have flown more than 150 sorties this month alone — Global Times points a finger at the United States.”(India) sees that Washington attaches great importance to New Delhi, as US President Joe Biden has frequently interacted with the Indian government since taking office, and jointly discussed plans to thwart China’s growth,” Lin Minwang, professor with the Institute of International Studies at Fudan University, is quoted as saying in the Global Times report.Indeed, Indian Prime Minister Narendra Modi joined Biden and the prime minsters of Australia and Japan in Washington last month for the first in-person meeting of the Quadrilateral Security Dialogue, better known as “the Quad” — an informal strategic forum of four democratic countries with a vested interest in countering China’s rise in Asia.In an opinion piece after the Quad summit, Li Haidong, professor at the Institute of International Relations of the China Foreign Affairs University, wrote the Quad members “will not stop hyping up the ‘China threat’ theory.”Amid the PLA Air Force incursions around Taiwan earlier this month, the Global Times said the US and Japan were pushing the situation around the self-ruled island to the brink, “creating a sense of urgency that the war maybe triggered at any time.”And a headline over Monday’s Global Times story on the Himalayas said PLA border troops were “prepared for upcoming confrontations.”Taiwan and the Himalayas may be 2,800 miles (4,500 kilometers) apart and completely different environments, but in both territorial disputes with Beijing, the temperature appears to be rising — and according to China, the US is at the center of it all.