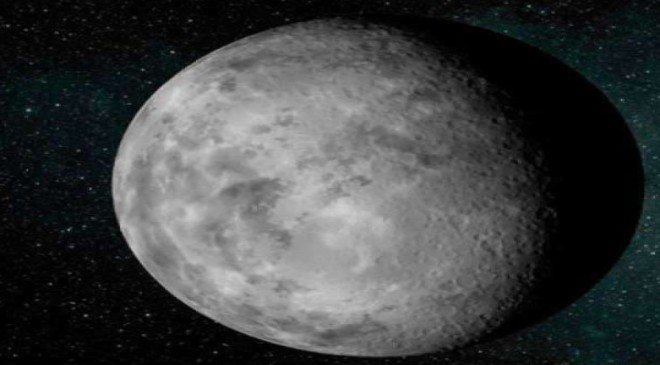 As per NASA, humans need to breathe about 800 grams of oxygen a day to survive. So 630kg oxygen would keep a person alive for about two years (or just over).

New Delhi | Jagran News Desk: After actively seeking answers to the possibility of life on moon, scientists have found that the Moon has enough oxygen to support all of the existing eight billion inhabitants of Earth for nearly 1 lakh years.

According to a meteorite information report on the website of Washington University in St. Louis, the top surface layer of the Moon is made up of 41-45 percent oxygen but is trapped inside the regolith consisting of minerals such as silica, aluminium, iron, and magnesium oxides.

Reportedly, oxygen can be extracted from these minerals using the electrolysis process. It can be used to separate aluminium from oxygen. Oxygen is a byproduct in this case, but on the Moon, oxygen would be the main product, and aluminium or any other metal extracted would be a potentially useful byproduct.

As per NASA, humans need to breathe about 800 grams of oxygen a day to survive. So 630kg oxygen would keep a person alive for about two years (or just over). Now let’s assume the average depth of regolith on the Moon is about ten metres, and that we can extract all of the oxygen from this.

That means the top ten meters of the Moon’s surface would provide enough oxygen to support all eight billion people on Earth for somewhere around 100,000 years.

In October, the Australian Space Agency and NASA signed a deal to send an Australian-made rover to the Moon under the Artemis program, with a goal to collect lunar rocks that could ultimately provide breathable oxygen on the Moon.

Although the Moon does have an atmosphere, it’s very thin and composed mostly of hydrogen, neon, and argon. It’s not the sort of gaseous mixture that could sustain oxygen-dependent mammals such as humans.

That said, there is actually plenty of oxygen on the Moon. It just isn’t in a gaseous form. Instead, it’s trapped inside regolith – the layer of rock and fine dust that covers the Moon’s surface.