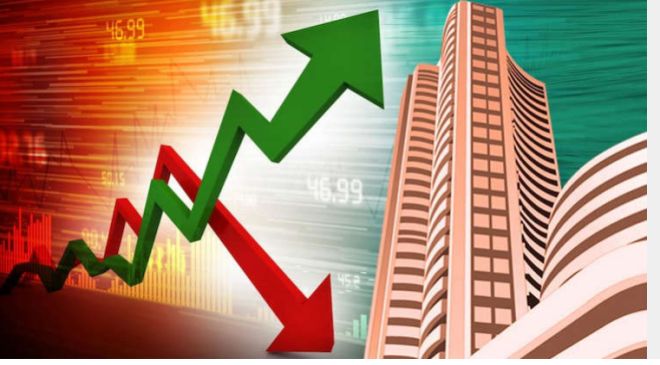 Stocks to watch today: Shares of firms like Wipro, Cipla, Aurobindo Pharma, Nazara Tech, and others will be in focus in Monday’s trade

Nifty futures on the Singapore Exchange traded 7 points, or 0.05 per cent, higher at 15,322.50, signaling that Dalal Street was headed for a flat start on Monday.

The market extended losses for a sixth consecutive session with the benchmark indices hitting a new 52-week low in the last session, dragged by auto, FMCG, IT, pharma, and oil & gas stocks. The BSE Sensex fell 135 points to 51,360, while the Nifty50 declined 67 points to 15,293 to form a Doji pattern on the daily charts. During the week, the index corrected 5.6 per cent.

The company received Form 483 with three observations after inspection of its US unit. The US Food and Drug Administration (FDA) inspected of the company’s manufacturing facility at St Louis from June 6 to June 17, 2022.

Wipro company Topcoder appoints CEO. Topcoder has appointed Doug Hanson as Chief Executive Officer (CEO). In his new global role, Doug will be responsible for the success of Topcoder and its customers and partners, the company said.

The company, through its subsidiary Vadilal Industries USA Inc, has acquired KKC. The subsidiary signed a stock purchase agreement with ice-cream parlour operator Krishna Krupa Corporation, USA (KKC) for a subscription of shares, which would result in the subsidiary holding up to 100 percent voting rights in KKC. The cost of acquisition is $0.25 million.

Read More: How UPI and Credit Card linking will offer the best of both worlds to customers

Dilip Buildcon’s joint venture company RBL-DBL has been declared as the L-1 bidder for the Surat Metro Rail Project in Gujarat. The order is worth Rs 1,061 crore. The company also received the completion certificate for two road projects in Karnataka.

The company has decided to make a further strategic investment of up to Rs 20.1 crore in material subsidiary Absolute Sports by acquiring shares of promoter Porush Jain and up to Rs 10 crore in Brandscale Innovations by subscribing to optionally convertible debentures in one or more tranches.

The SBI Mutual Fund sold 1 lakh equity shares in the company via open market transactions on June 16. With this, its shareholding in the company has been reduced to 2.98 per cent from 3.27 per cent.

The company secured a work order of Rs 110 crore from the Public Health Engineering Department (PHED), Rajasthan. The order is for a cluster water supply project Package-VII of Chambal Bhilwara Water Supply Project Phase II of Jahajpur-Kotri Tehsils of district Bhilwara under Jal Jeevan Mission (JJM) with operation and maintenance for 10 years. The project is to be completed within 15 months.

The company has won three separate projects from specialised chemicals, sunrise and infrastructure sectors. It will provide consulting services and the estimated order value of these projects is approximately Rs 80 crore.

DISCLAIMER: The views and investment tips by experts in this News18.com report are their own and not those of the website or its management. Users are advised to check with certified experts before taking any investment decisions.