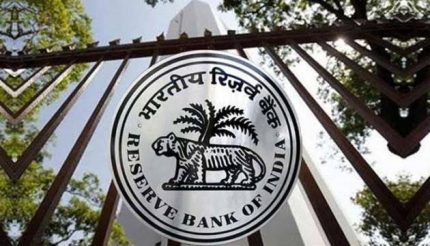 India has made significant progress and moved to a leadership position in large-value digital payment systems, though it is still weak in certain parameters relating to ATMs and card payments, an RBI report said on Friday.

The benchmarking exercise was first carried out in 2019 with respect to the position in 2017.

This follow-on benchmarking exercise, covering the same countries and parameters used in the earlier study, was undertaken with respect to the position in 2020, the RBI said.

“India has made significant progress and moved to a leadership position in large-value payment systems and fast payment systems, which contributed to rapid growth in digital payments,” the report said.

Since the last exercise, India has demonstrated improvement in digital payment options available for bill payments, ticketing systems for public transportation, available channels for cross-border remittances, and a decline in cheque usage.

It further said the decline in India’s rating in some parameters involving currency in circulation is explained by the increased demand for cash as a store of value during the Covid-19 pandemic-related lockdown and the slowdown in economic growth during 2020.

The RBI stressed that the learnings from the benchmarking exercise are expected to facilitate further improvements in the payments landscape in India.

Regulation continues to be strong in India with many proactive customer-centric initiatives being taken.

Other parameters on which India has achieved a strong leadership position include e-money and customer protection.

The report noted that India’s domestic card network — RuPay — dominates the debit card segment as far as card issuance is concerned. However, RuPay is lagging in the credit card segment with a below 3 per cent share of total cards issued.

In 2020, the share of card payments in total payment systems transactions was the second-lowest in India (14.7 per cent), with only Indonesia witnessing a lower share (7.2 per cent).

It also said though India has the third-largest number of ATMs deployed, it continues to fare poorly with regard to people served per ATM due to its sizeable population. A single ATM catering to over 5,800 people as of the end of 2020.

However, this may not be a concern as cash withdrawals in India are also facilitated through other channels such as PoS terminals and micro ATMs using Aadhaar-enabled payment systems (AePS), the RBI added.

On the way forward, the report said with a global focus on enhancing cross-border payment arrangements, it is essential that India explores further actions in this arena, which would further its relative position and remove frictions in such transactions.

These measures could include, building on the UPI-PayNow interface and exploring avenues for interlinking UPI with fast payment systems in other jurisdictions, and enhancing/reviewing the prescribed limits for inward remittances using the Money Transfer Service Scheme (MTSS) to improve customer convenience.