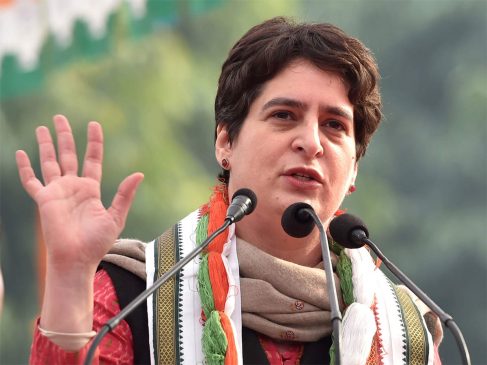 Ahead of the Himachal Pradesh assembly polls 2022 Priyanka Gandhi promised old pension scheme for employees and 1 lakh jobs to youth in the first cabinet.

Congress General Secretary and party leader Priyanka Gandhi Vadra on Monday (October 31) hit at the Bhartiya Janata Party, BJP and said the party doesn’t have any intention to provide employment. Addressing a rally in Mandi, Himachal Pradesh Priyanka asserted that nearly 63000 government posts are vacant in the state, but the BJP has no intention of giving employment.

“What has CM done for Mandi? 63,000 govt posts are lying vacant but you’re not getting employment because they (BJP) don’t have intention to give you employment. Today there is unemployment,inflation,” said Priyanka Gandhi at the event.

Ahead of the assembly polls in the state, Priyanka promised 1500 rupees per month to women, 272 English medium schools across the state, village-village mobile clinics, old pension scheme for government employees and 1 lakh jobs to youth in the first cabinet.