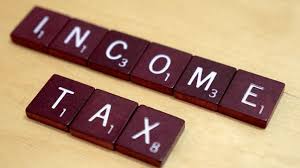 While e-returns for income tax saw a big jump this year –in April-November, 6.09 crore returns were filed, up 48% y-o-y, compared with a growth of 20% in the year-ago period — the sharpest increases were in relatively less-industrialised states like Bihar, Uttar Pradesh and Madhya Pradesh. Of course, the low base also resulted in the steep rises in filings in Bihar and MP, but in UP, the increase was on a rather strong base.

The government has been flagging the unprecedented rise in e-returns as proof of increased compliance and widening of the tax base brought in by post-demonetisation scrutiny, goods and services tax (GST) and seamless data-sharing among various divisions of the tax department.

Experts said that the trend indicated that GST along with a host of other measures, including digitisation, was driving formalisation of businesses. This is particularly apparent in states where formalisation has traditionally been lower.

A tax official said that land prices in some of the densely-populated states like UP and Bihar have risen sharply over the last four-five years, and transaction values are being captured in a more transparent way. This has brought many buyers and sellers into the tax net.