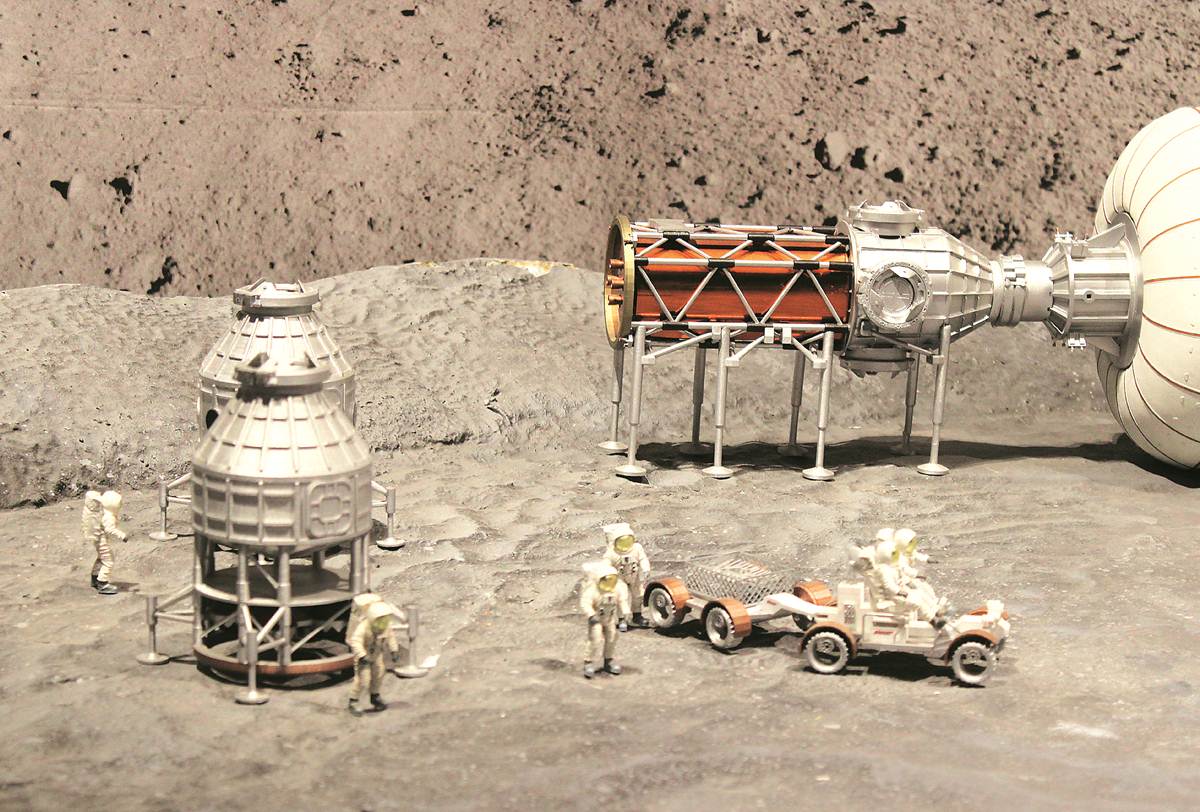 If one wants to “smell” the Moon or take a test to see if one is fit to undertake a future travel to the red-planet Mars, then an exhibition from the American Museum of Natural History at Gujarat Science City would provide the answers. The futuristic exhibition, ‘Beyond Planet Earth’, which also contains life-size models of the historic ‘Vostok’ capsule of the Soviet-era to the most modern NASA’s Curiosity Rover and has been set up as part of the Vibrant Gujarat summit, will be inaugurated by Union HRD Minister Prakash Javadekar on January 17.

The expenses of shipping the exhibition from New York to Ahmedabad and the rentals totalling to over Rs 2.8 crore (USD 395000) is being borne by Gujarat Council of Science and Technology (GUJCOST), an autonomous body that operates under the state government’s department of science and technology. “This is the first time, our exhibition is travelling to India,” Matt Heenan, Director of Sales, Global Business Development of American Museum and Natural History told The Indian Express on Tuesday.

After collecting the rocks from the Lunar surface and returning to Apollo 17 lunar lander, one of the astronauts Gene Cernan described how the moon rocks smell “like spent gunpowder.” “That smells close to what the moon smells like. It is just a recreation based on the feedback of astronauts of Apollo spacecraft,” Heenan added. Among the exhibit is a touchable swatch of a tire material used in moon rovers. “This has been presented by Goodyear and it is made of wire mesh as there you cant have air in the tyres of rovers on moon,” he said.

The first of the exhibits, however, belong to the Soviet-era, which includes the ‘Vostok’ capsule that was used in the 1960s to carry the first human in space —- Cosmonaut Yuri Gagarin. The spherical capsule had just four switches and 35 indicators on the control panel inside. Similarly, the exhibition also has a model of “Sputnik-1” — the first artificial satellite that made it into space in 1957 — which travelled through space for three months transmitting a signature beep-beep—beep from its four radio antennas. “This is what first caught the attention of the United States and drew both the countries into a space race,” Heenan said. Apart from a grand section on Mars, which also includes the life-size rovers and a 360 degree image of the Martian landscape taken by one of them, the exhibits also have a futuristic models. For instance a huge model of a “lunar elevator” — contemplated to be built on the moon’s equator for easy transport of minerals and humans from the lunar surface to a docking point in space where a space shuttle would be waiting — is eye-catching. “This would cut down on the cost of lift-offs,” the official added.

There is also a model of a “underwater robot” that could have the ability to cut through the icy surface of Jupiter’s moon Europa in one of the future missions and search for “life.” The exhibition will continue for 16 weeks.