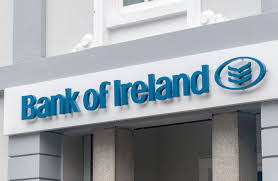 Bank of Ireland have warned customers to be on the alert after reports of fraudsters contacting customers claiming to be from the company.

The scammers are reportedly making fake phone calls and send texts and emails pretending to be bank employees.

A statement on the Bank of Ireland website reads: “We are aware of fraudsters making fake calls or sending fake texts or emails to Irish consumers, pretending to be from Bank of Ireland.

“Sometimes this can happen after a consumer interacts with Bank of Ireland or another trusted company on Twitter or Facebook.

“Always be vigilant, especially if you receive a call you weren’t expecting from someone who claims to be from Bank of Ireland.

“No matter what story you are told, never give away your passwords or your personal or banking details, and never transfer money out of your account to a new or ‘safe’ account.”

The bank also offered some helpful advice to customers who receive any suspicious calls.

Customers are advised to terminate any calls without providing any personal details or financial information and not to click on any links in suspicious texts or emails.