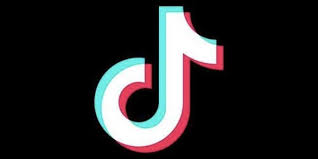 Popular Chinese app TikTok announced that maintaining a safe and positive in-app environment is their number one priority. The statement was made in light of the recent outrage after the Tamil Nadu government initiated talks of issuing a ban on the video-sharing platform. The app, which basically runs on user-generated content, is wildly popular among teenagers in India.

The state’s Information Technology Minister M Manikandan brought up the issue while addressing concerns of the members of the Assembly and said that they would be seeking Centre’s help in banning TikTok. Allegedly, it’s been noticed that the app was responsible for “misleading children” and the impressionable demographics with “vulgar content”.

In response, China’s ByteDance-owned TikTok said that they will soon be hiring a Chief Nodal Officer for India.

“At TikTok, maintaining a safe and positive in-app environment is our priority. We have robust measures to protect users against misuse, including easy reporting mechanisms that enable users and law enforcement to report content that violates our terms of use and community guidelines,” the company said in a statement.

Adding that they are committed to respecting local laws and regulations, the company stated that they “are also in the process of hiring a Chief Nodal Officer, based out of India.”

TikTok is among the host of Chinese apps that have been rapidly gaining popularity in India, especially with the younger demographics in the country. Users can create short, engaging videos using TikTok, add their own lip-syncing bits to popular songs, and even follow other entertainers on the platform.

Given the enormous popularity of this app – and the likes of Helo, LIKE, Vigo Video, and others – there has been talks for awhile of a draft regulation to moderate content on these platforms. The Ministry of Electronics and IT (MeitY) was said to have proposed new rules for apps that have more than five million users.

As part of the new rules, these apps are reportedly required to establish a local office and appoint a senior official in India, a requirement that TikTok is in the process of fulfilling.