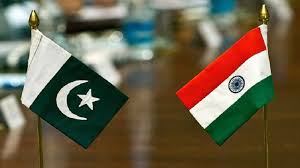 Social media users from both India and Pakistan took to Twitter on Wednesday afternoon to trend ‘Say No To War’ on the micro-blogging platform. Tension between India and Pakistan are at an all-time high after Indian spokesperson of the Ministry of External Affairs Raveesh Kumar briefed the media on what took place on Wednesday morning.

Raveesh Kumar, in his concise statement to the media said, “India had informed about Counter Terrorism (CT) action it took yesterday against a training camp of Jaish-e-Mohammed (JeM) in Pakistan based on credible evidence that JeM intended to launch more attacks. Against this Counter Terrorism Action, Pakistan has responded this morning by using its Air Force to target military installations on the Indian side. Due to our high state of readiness and alertness, Pakistan’s attempts were foiled successfully.”

“If we let the conflict between the two nations escalate from this point, we don’t know where it would go. It would neither remain in my control nor in Narendra Modi’s,” said Khan in his press conference.

While officials from the two countries addressed their respective nations on the state of conditions in India and Pakistan, netizens took to Twitter to trend ‘#SayNoToWar’.

The hashtag was on the top trends in India on Twitter, positioned no. 1, at the time this was filed. The Twitter trends in Pakistan mirrored those in India. ‘#SayNoToWar’ was trending at no. 3.

Celebrities and general Twitter users all took to the micro-blogging platform to express their concerns about the current situation in India and Pakistan.

Musician Vishal Dadlani was one of the most vocal Twitter users to tweet using the hashtag #SayNoToWar.

“Thank you! Only sane citizen voices can compel their governments to find some sense in these insane times. #SayNoToWar” wrote Dadlani, quoting a tweet from Pakistani Twitter user Tooba Syed. Syed’s tweet read, “I as a citizen of Pakistan request my govt to treat the captive Indian pilot well and send him back ASAP as a gesture of peace. Come on Pakistan you can do this #SayNoToWar.”

Wednesday’s developments come after 12 of Indian Air Force’s Mirage 2000 fighter jets on Tuesday struck Pakistan’s Khyber Pakhtunkhwa province and eliminated training camps of terrorist organisation Jaish-e-Mohammed. The IAF’s airstrikes were in retaliation to the February 14 attack by JeM on a Central Reserve Police Force (CRPF) convoy in Jammu and Kashmir’s Pulwama that claimed the lives of 40 jawans.