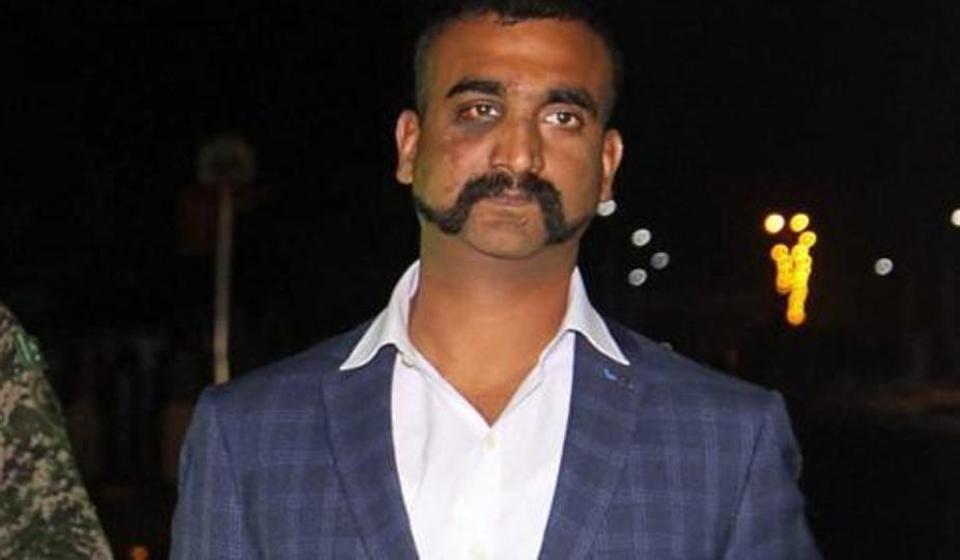 In first signs of de-escalation of tensions between India and Pakistan a day after both countries downed a fighter each, Pakistan Prime Minister Imran Khan Thursday announced that captured IAF pilot Wing Commander Abhinandan Varthaman would be released Friday as a gesture of peace and the “first step to open negotiations with New Delhi.

The Pakistani announcement came after it sought an assurance — the US-led global efforts to try and defuse the crisis — that India would not retaliate for targeting of its military installations by the Pakistan Air Force and downing of Varthaman’s MiG-21 Bison. After Khan told a joint session of Pakistan parliament that the Indian pilot would be repatriated Friday, the Indian armed forces, at a joint press briefing in New Delhi, assured the country of “a resolute, swift and strong response when needed”.

Major General Surendra Singh Mahal, addressing the press along with Air Vice Marshal R G K Kapoor and Rear Admiral Dalbir Singh Gujral, said: “Despite the present turn of events, the Indian Army is committed to maintaining peace and stability in the region and will continue to act against agencies who harbour inimical designs against India and citizens of our country.”

“Escalation was done by Pakistan. If they provoke us any further, we are prepared for any contingency. Our fight is for counter-terrorism and against terrorism. Till the time Pakistan continues to support it, we are ready to target terror camps and training areas. In fact, after February 14, ceasefire violations have increased a lot and there have been 35 violations in the past two days. We will respond to them in equal measure and force,” he said.

Air Vice Marshal Kapoor said the IAF “looks forward to the return of Wing Commander Abhinandan”. Responding to a question about damage caused to the Jaish-e-Mohammad training camp at Balakot by the IAF, he said: “There is fairly credible evidence which proves there was damage to the camps. It will be premature to give the number of casualties. We got the desired effect. We have evidence to show that whatever we wanted to do and the targets we wanted to destroy, we have done that. A decision to show the evidence rests on the political leadership.”

Late evening, Defence Minister Nirmala Sitharaman briefed the Union Cabinet about the developments. Sources said the Cabinet was told that Pakistan cannot accept the Balakot attack because it will mean accepting that it nurtures terrorist groups. The Cabinet, sources said, was also told that Pakistan took the decision to release the Indian pilot as it was a compulsion.

Earlier in the day, US President Donald Trump provided the first hint of headway made in attempts to de-escalate the tensions. Speaking in Hanoi at the end of his second summit with North Korean leader Kim Jong-un, Trump told reporters: “We have been involved in trying to help them (India and Pakistan) stop and we have some reasonably decent news… I think hopefully that (tensions) could be coming to an end, it has been going on for a long time.”

In Washington, US Secretary of State Mike Pompeo said he had spoken with the leaders of India and Pakistan and urged them to avoid “any action that would escalate and greatly increase risk”. Pompeo also spoke to National Security Advisor Ajit Doval. In a statement, the Pentagon said US Acting Secretary of Defense Patrick Shanahan had been working on efforts to de-escalate tensions, urging both Pakistan and India to avoid further military action.

Pakistan Foreign Minister Shah Mehmood Qureshi said Khan was also willing to talk to Prime Minister Narendra Modi on the phone. But New Delhi has made it clear that it is in no mood for talks, saying it first wants Islamabad to act against terror outfits.