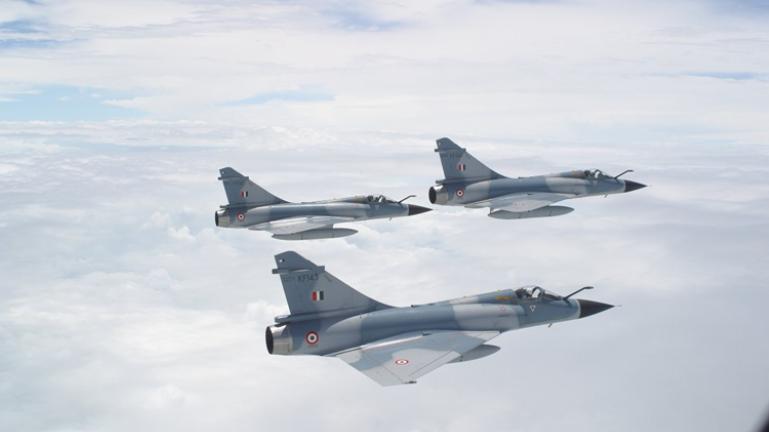 The Indian Air Force is learnt to have provided the government with proof that it hit targets in Pakistan’s Balakot during the February 26 air strike. The IAF has told the government that 80 per cent of the bombs deployed during the daring raid hit their intended targets, top sources within the service told India Today TV.

The Indian Air Force has prepared a dossier to refute the theory that the bombs missed their target. Pakistan has claimed that the bombs led to no significant damage except to trees and forest land.

Now, India Today TV has learnt that the Indian Air Force has submitted a dossier containing 12 pages of high-resolution satellite images and synthetic aperture radar imagery collected from an intelligence aircraft platform flying in Indian airspace. These images have been submitted to the Narendra Modi government as proof that the Balakot air strike was successful, top IAF sources told India Today TV.

The sources also said that Indian Air Force Mirage 2000 fighter jets, which carried out the Balakot air strike, dropped Israeli Spice 2000 precision bombs with “penetration warheads” during the raid. These bombs “pierced roofs” of the buildings targetted and exploded inside. So the damage was “internal”, sources said.

The sources said that the Indian Air Force has submitted proof of 80 per cent of the bombs used in the airstrike hitting their intended target. The other 20 per cent would likely have been deployed to give the strikes a margin of probability.

The Indian Air Force carried out the airstrike during the pre-dawn hours of February 26. The airstrike targetted Jaish-e-Mohammad’s largest terrorist training camp, located in Balakot in Pakistan’s Khyber-Pakhtunkhwa province.

The strike was seen as a response to the February 14 Pulwama terror attack in which 40 Central Reserve Police Force jawans were martyred after a suicide bomber rammed an explosive-laden SUV into a CRPF convoy.

The airstrike significantly heightened tensions between New Delhi and Islamabad. A day later, on February 27, tensions further increased after Indian and Pakistani jet got into a dogfight over Jammu and Kashmir.

A Pakistani F-16 and an Indian MiG-21 were shot down during the dogfight. The MiG’s pilot, Wing Commander Abhinandan Varthaman, was captured by the Pakistan Army.

Wing Commander Abhinandan Varthaman was released by Pakistan two days later, a development that was seen to have pulled India and Pakistan back from the brink of armed conflict.