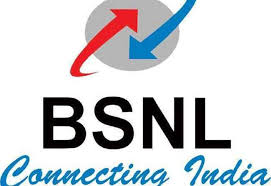 On the other hand, the new Rs 499 prepaid plan brings unlimited voice calling benefit in home as well as another circles including Delhi and Mumbai circles. The company is providing 1GB of daily data that brings total data benefit to 90GB for 90 days. This Rs 499 plan IPL plan also gets 100 SMSes each day. Moreover, the free Cricket PRBT with unlimited song change option and Cricket SMS Alerts remains the same as that of Rs 199 plan.

Additionally, BSNL has started to offer VoLTE services in some of its circles. To spread the word about its newly launched 4G service, BSNL had started providing free data to the subscribers who were updating to BSNL 4G SIM. BSNL had announced back in January, that subscribers in Chennai circle who are upgrading to 4G SIM would get free bonus data. Starting with Gujarat telecom circle. Up next, it’s expected to be available in Kerala, Andhra Pradesh and Telangana circles. BSNL 4G VoLTS service is now available in Gandhidham and Anjar, and will soon be available across Gujarat circle.

Airtel has started providing VoLTE service in national roaming, means Airtel VoLTE enabled users can now make experience HD voice calls even while roaming. Initially, the service was launched, it was limited to a few circles, but throughout the last 18 months, Airtel has expanded the service to 21 telecom circles.