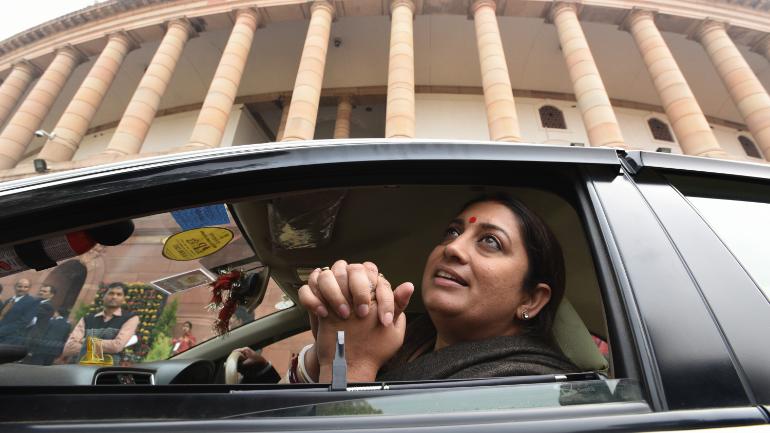 The Congress has questioned the educational qualification of Bharatiya Janata Party’s Smriti Irani who filed her nominations for the 2019 Lok Sabha elections on Thursday.

After Smriti Irani declared in the poll affidavit that she is not a graduate, Congress came up with its own version of ‘Kyunki Saas Bhi Kabhi Bahun Thi’ to mock Smriti Irani.

Smriti Irani declared that she did not complete her Bachelor of Commerce- a three-year degree course – from Delhi University’s School of Open Learning in 1994.

Former Minister of Human Resource Development Smriti Irani’s educational degree has been the subject of controversy. In her affidavit for the 2014 polls, she had said that she graduated from the university in 1994, triggering a row over the veracity of her claim, with opposition parties alleging she was not a graduate.

Smriti Irani was also mocked for saying that she received a degree from the Yale University.

Congress has once again shifted attention to Smriti Irani’s nomination papers over her educational details. Smriti Irani will once again contest Lok Sabha elections against Congress chief Rahul Gandhi in Amethi. She has already lost two times from Amethi, but is hopeful this time.