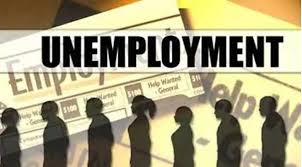 Even as unemployment issue gathers steam in the ongoing elections, a new report has found that the unemployment rate has doubled in the last eight years, since 2011, to 2018. Since demonetisation in 2016 to 2018, 50 lakh men have lost their jobs, a report by Azim Premji University revealed. However, the report adds that no direct causal relationship can be established based only on these trends.

“The numbers clearly demonstrate why unemployment has emerged as the primary economic issue in the general election of 2019”, the report titled —State of Working India 2019 — noted. A couple of months back, NSSO’s periodic labour force survey (PLFS) had shown that the rate of unemployment was last seen this high in 1972-73.

“After remaining at around 2 to 3 percent for the first decade, the unemployment rate steadily increased to around 5 percent in 2015 and then just over 6 percent in 2018,” the report added. India is currently the world’s fastest growing economy ahead of China.

The higher educated and the young constitute the sections that are vastly unemployed, the report also said. Even the less educated people have seen job loss and less opportunities to work over the time period. “Women are worse off than men with respect to levels of unemployment as well as reduced labour force participation”, it noted.

Modi government is under attack from the opposition and critics alike on the issue of jobs. The Indian voters rank increased employment opportunities as the top priority, Association for Democratic Reforms had recently showed in its survey conducted across the country.

Meanwhile, the latest CMIE jobs data has shown that employment has increased in March this year, after three months of decline.