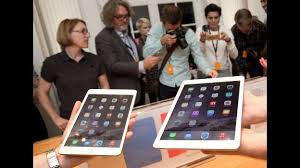 After-sales service is a crucial part of a company’s relationship with its customers but only a handful of them get positive feedback. The reason behind dismal ratings given by customers is the lack of quality of service but what when a company goes overboard in its attempt to redeem. Google did something bizarre when a disgruntled Pixel 3 (Review) user returned his faulty unit for replacement.

The user, who goes by u/Cheetohz on Reddit (as reported by Android Police), claims he sent his Pixel 3 for replacement as it began showing stutters. Google did not respond to his request to issue a replacement unit. The company refunded a fraction of the total amount – $80 paid as tax, while $900 is still owed to the user. Realising his request had hit a dead end, the user placed an order for a new Pixel 3 (Not Pink colour) unit in a separate transaction.

Here’s when things went downhill if you take Google’s customer support into consideration. The company handling shipments for Google mistook the order for ten units and eventually sent him 10 fresh pieces of Pixel 3 Not Pink colour model. The total worth of the shipment is said to be around $9,000 while the money the user paid was just $900, in addition to another $900 that Google did not refund for the faulty handset.

As much a lucrative jackpot as this might seem, the user can just keep all the units and cannot be forced to return them, as per the local e-commerce laws. What Google is left with is blocking the IMEI numbers of the nine units the user received by mistake. The Reddit guy may as well keep one unit and sell the rest to get a good accidental profit but he chose to be honest.

The guy apprised Google of the incident, asking it insistently to refund the amount for his faulty piece and take the new batch back. (Of course, Google needs to refund the money for the fresh Pixel 3 unit he bought later). The report mentions that Google is bewildered with the situation but its official support on Reddit replied to the person’s post. Google assured the person to take the matter into private chat and come with a solution. What happened after that has not been reported by u/Cheetohz yet.