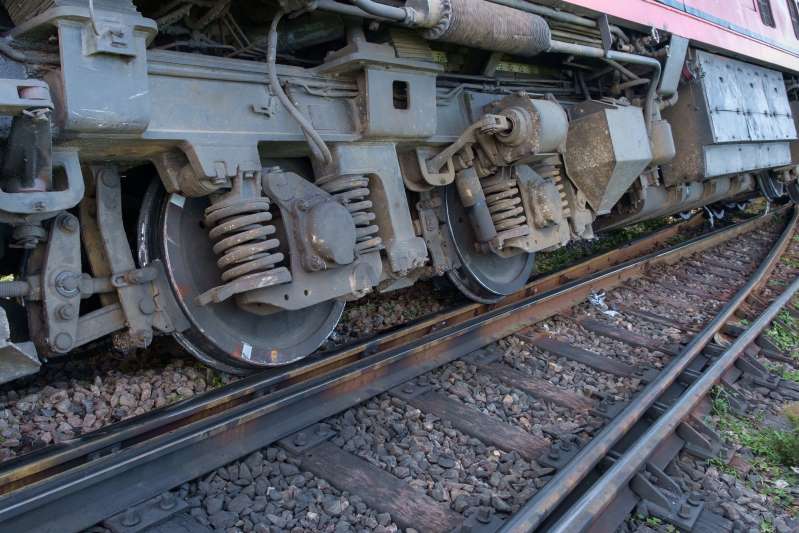 At least ten coaches of Poorva Express, which was on its way to New Delhi from Howrah is reported to be derailed. The accident took place near Rooma village in Kanpur at around 1 am early on Saturday. At least five people have been injured. No reports of any casualty so far, ANI reported. Senior officials along with rescue teams have reached the spot.

Injured are being taken to nearby hospitals. Speaking to the agency, Vijay Vishwas Pant, District Magistrate Kanpur said, “Rescue operation underway. No casualties reported till now. Buses are being arranged to take passengers to Kanpur Central. Railway authorities have said that they are arranging a train for passengers from Kanpur to Delhi”.

Railways has issued helpline numbers at Howrah- (033) 26402241, 26402242, 26402243, 26413660. As many as 12 coaches affected due to the derailment. “No casualties, no serious injuries. All the passengers have been evacuated. Accident Relief Train (ART) & Accident Relief Medical Equipment (ARME) dispatched to the accident site. The main route has been impacted due to derailment”, ANI quoted Smita Vats Sharma, ADG PR, Indian Railways, as saying.

Senior officials including district magistrate, senior superintendent of police and additional director general reached the spot after the incident. An ‘accident relief train’ and medical teams from Allahabad and Kanpur also left for the accident site, officials told PTI.

Last month, at least four persons were injured after 13 coaches of Chhapra-Surat Tapti Ganga Express (19046) derailed near Chhapra. The derailment did not cause much damage as the train was not at high speed. The Railway traffic on the route was however affected for close to six hours.