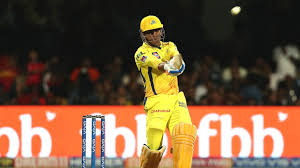 Royal Challengers Bangalore kept their campaign hanging on with a last-gasp, one-run win over Chennai Super Kings at M Chinnaswamy stadium, surviving an MS Dhoni special as the Super Kings captain marshalled the chase expertly but couldn’t quite get his team over the line.

Parthiv Patel’s second fifty of the competition glued Royal Challengers’ innings together, but their 161 for 7 didn’t look like enough to challenge the table-topping Super Kings outfit. However, Dale Steyn spearheaded a spirited defence with two wickets in his first over, and at the end of the Powerplay, Super Kings were floundering at 32 for 4.

Yet, thanks to Dhoni’s unbeaten 84 off 48, the match went down to the wire, and were it not for Parthiv’s ice-cold direct-hit when the batsmen were attempting to steal a bye off the last ball, the game would have gone into a Super Over.

Super Kings needed 70 from the last five, and 26 off the last over. Off those last six balls, Dhoni crunched three sixes – one clean out of the ground – and a four, but couldn’t lay bat on the final delivery when two runs were needed to win. Called through for a bye, Shardul Thakur dived to make his ground, but Parthiv, who had his right glove removed, threw down the stumps with the batsman inches short to secure a vital win for Royal Challengers by the narrowest of margins.

Fresh from a hundred against Kolkata Knight Riders three days ago, Virat Kohli flicked the second ball he faced tonight handsomely through square leg for four, but he couldn’t replicate his effort from Friday night and was out in the third over, edging a wafty drive. AB de Villiers ensured the early loss of their captain didn’t slow Royal Challengers down too much, but when he holed out off Ravindra Jadeja in the seventh over with the score at 58, much of the early momentum was lost.

After the dismissals of their two leading batsmen, Royal Challengers needed another member of the top order to step into the breach, and Parthiv held the innings together with his second fifty of IPL 2019. Before Kohli and de Villiers overtook him, Parthiv was Royal Challengers’ leading run-scorer in the early rounds this season, but his 53 was only his second fifty-plus score of the season. Attacking almost exclusively on the leg side, Parthiv reached a 36-ball fifty in the 16th over with a pick-up off a Dwayne Bravo slower ball but was out immediately afterwards.

Parthiv’s departure finally brought Moeen Ali to the crease, who has been inexplicably held back by Kohli. Despite having made 50 off 32 and 66 off 28 in his last two innings, both times batting at No. 4, Moeen only arrived at the crease tonight at No. 6 when there were only 4.2 overs left in Royal Challengers’ innings. Moeen showed he is clearly still in decent nick, and despite not having much time to impose himself, his 26 off 16 helped to give the bowlers something of a total to defend.

Steyn has tempered the steel in Royal Challengers’ bowling ranks since his return to the IPL, and he was at the forefront of a Powerplay dominated by fast bowling. With his fifth ball, Steyn had a driving Shane Watson caught at slip, with his sixth he castled Suresh Raina with a pinpoint yorker, and suddenly Royal Challengers had reason to believe despite their sub-par total. Steyn couldn’t strike a third time with the hat-trick ball but Umesh Yadav, likewise bowling with vim and purpose, followed Steyn’s lead to have a virtually shotless Faf du Plessis caught off a spliced pull for a 15-ball 5 before Kedar Jadhav spooned a simple catch to de Villiers at mid-off. Super Kings emerged bloodied and bruised from the Powerplay, the required rate already closing in on ten an over.

The last time Ambati Rayudu and MS Dhoni batted together for Super Kings in Bengaluru, they shared in a 101-run stand that helped their side chase down 205 with two balls to spare. This time around, their partnership was cut down at 55 – enough to dig Super Kings out of immediate peril after their early stumbles, but not enough to put them ahead of the game. Though the pair generally managed a boundary an over, they couldn’t quite keep touch with the inflating required rate. Having survived a very close stumping call, Rayudu eventually lost his battle with a buzzing Yuzvendra Chahal, bowled off his pad for a run-a-ball 29 in the 14th over. From then on, Super Kings’ hopes were entirely pinned on Dhoni.

Super Kings went into the last five needing 70, and vitally Dhoni was still at the crease. Kohli, meanwhile, had an over each from Chahal, Yadav, Steyn, Navdeep Saini and Marcus Stoinis to play with. Chahal was seen off, but Dhoni went to a 35-ball fifty with a hearty biff down the ground for six off Steyn. Dhoni uppercut a Saini no-ball over third man for another maximum, but the lanky quick bounced back to dismiss Bravo caught-behind in the penultimate over to leave Yadav with 25 runs to defend in the last over. Dhoni’s hitting took his team to the brink, but when he couldn’t lay bat on the final delivery – a slower ball, just outside off – the result of the match hinged on Parthiv’s ability to hit the stumps under pressure. He did so, and Royal Challenger lived to fight another day.