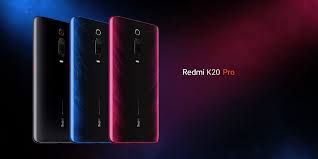 Xiaomi is prepping to launch a new flagship Redmi smartphone soon. Dubbed ‘Redmi X’, the new Xiaomi smartphone is expected to launch in China on May 14.

Calling it Redmi X for now, this smartphone is also expected to feature a pop-up selfie camera according to a teaser video shared by Redmi. The teaser video also shares clips from the latest Avengers: Endgame movie. Pop-up selfie cameras are becoming quite popular with companies like Oppo and Vivo adopting the same. The upcoming OnePlus 7 Pro is also expected to launch with this motorised camera mechanism.

In terms of specifications, Redmi X is rumoured to launch with up to 8GB of RAM and 128GB of onboard storage. The smartphone could feature a 6.39-inch full HD+ display, and run on MIUI 10 based Android Pie. Redmi X is said to house a triple-camera setup camera featuring 48-megapixel, 8-megapixel and 13-megapixel sensors.

Xiaomi hasn’t confirmed the launch date for Redmi X but a leaked poster reveals May 14. If the leak is to be believed, this would clash with the global launch of OnePlus 7 series.