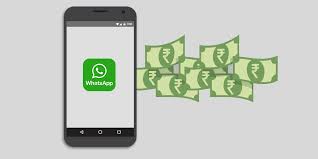 Facebook is betting big on the mobile payments space and has picked London as the hub to drive innovation and global expansion. The most popular instant messenger globally, WhatsApp, will see the introduction of the payments feature called WhatsApp Pay in critical markets including India this year. This will be the biggest push the tech company has made into the payments space, as well as the larger financial services space just yet.

WhatsApp Pay is currently in the testing stage in India, with about a million users able to send and receive money using WhatsApp via the unified payments interface (UPI). It is not just India, but WhatsApp Pay has global ambitions, and that is not surprising considering it has over 1.6 billion users globally, according to the April 2019 numbers by research firm Statista. Its sister app, Facebook Messenger, is in second place with 1.3 billion users globally, while Chinese owned messaging app WeChat is in a distant third place with just under 1.1 billion users. Mark Zuckerberg, the Facebook CEO, had confirmed this at the company’s F8 conference last week.

“When I look out at all the different ways that people interact privately, I think payments is one of the areas where we have an opportunity to make it a lot easier, that’s among the most important things that we can do here,” Zuckerberg had said about WhatsApp payments, at the time.

According to research firm McKinsey, the global payments space was worth $1.9 trillion in 2017, and forecasts that the payments business would be worth $2 trillion by the year 2020. The news was first reported by The Financial Times.

Facebook is currently looking closely at ways in which to integrate the functionality of its apps, including WhatsApp, Facebook Messenger and Instagram for instance. At some stage, the payments feature could become a shared product as well, and with the large user base already there, the volume of transactions could see a significant spike too.

In India, WhatsApp Pay will compete directly with apps such as Paytm, Google Pay and Phone Pe.