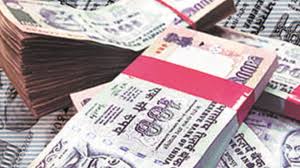 The special investigation team probing the IMA group ponzi scam Monday arrested the deputy commissioner of Bengauru urban district B M Vijay Shankar on charges of receiving Rs. 1.5 crore from company founder Mohammed Mansoor Khan, police said.
The IAS officer had allegedly taken the bribe to give a favourable report after the RBI asked the state government to probe the companys businesses, they said.

With this, the number of people arrested by the SIT has gone up to five.

The SIT had recently arrested assistant commissioner of Bengaluru north sub-division L C Nagaraj and a village accountant Manjunath for allegedly taking bribe of Rs four crore from Khan for giving a clean chit to his business in their report to their higher-ups.

A corporator and a Bangalore Development Authority officer were earlier arrested in connection with the fraud.

The Enforcement Directorate (ED), which is probing the case simultaneously, had recently questioned Karnataka minority welfare minister B Z Zameer Ahmed Khan as he had sold his property in the city to Mansoor Khan.

The ED, which has registered a money laundering case in the scam in which thousands of depositors are said to have been duped, had attached assets worth Rs. 209 crore, including 20 immovable properties and bank deposits, in connection with the case.

The BJP has demanded a CBI inquiry into the case.

The ED had filed the money laundering case against the IMA group of companies and Mohammed Mansoor Khan after reports emerged that he has gone underground fearing investments worth crores of about 40,000 investors have tanked.

So far, the police have received around 42,000 complaints from investors, since Mohammed Mansoor Khan absconded on June 7, sparking panic among investors looking to withdraw their money from the Islamic investment company. The company is accused of cheating investors to the tune of ₹2,000 crore.

Late last month Mohammed Mansoor Khan uploaded a video addressed to the Bengaluru police commissioner, Alok Kumar, on YouTube where he expressed his desire to return to India.