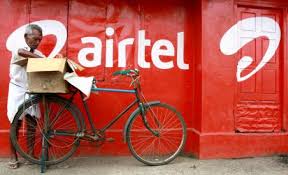 Bharti Airtel has posted a loss of ₹2,866 crores for the first quarter of the current financial year. In the same quarter last year, Airtel had posted a profit of ₹97 crore.

However, the company also reported a consolidated total revenue of ₹20,738 crore, which is up by 4.7% since last year.

The company which has telecom operations across Africa and India, registered better in the former. Its India revenues grew marginally by 2.8%, while its African revenues went up by 10.2%.

The company’s net debt now stands at ₹1,16,646 crore. Its average revenue per user or APRU which is the amount the telecom major makes per customer, stood at ₹129. The company however said that mobile data traffic growth grew by 94% since last year.

“The first quarter of the year has begun with a healthy and equitable growth across all our lines of businesses. Headline pricing remained stable, albeit at low levels,” said Gopal Vittal, MD and CEO, India & South Asia.

The company said that it is working on improving network coverage. “We re-farmed spectrum from 3G networks to 4G across both the 900 as well as 2100 bands and begun the process of shutting down 3G networks in India. This has enabled us to deliver improved indoor coverage as well as enhance our capacities,” said Vittal.

Airtel has been dealing with the rising pressure from Mukesh Ambani’s Reliance Jio. In May 2019, Reliance Jio overtook Airtel to be the second largest telecom network provider in terms of user base, whereas in terms of revenue it has already overtaken Vodafone Idea to hold the number uno position.