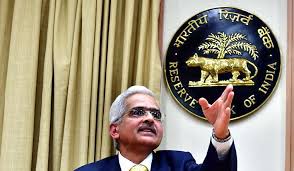 The Reserve Bank of India (RBI) is expected to cut benchmark interest rates for the fifth time this year on Friday as recent fiscal measures to boost ailing growth seem largely inadequate and benign inflation offers room for more easing.

The RBI is predicted to lower its key lending rate or the repo rate by 25 basis points (bps) to 5.15%, which would take cumulative cuts so far this year to 135 bps.

Most analysts forecast one more cut of 15 bps in December. Some RBI watchers expect a larger cut this week, after it cut the repo rate but an unconventional 35 bps in August.

“With current inflation remaining benign, we expect RBI to opt for a 40 bps rate cut at its policy review later this week in a bid to continue its support toward growth revival,” said Yuvika Oberoi, an economist with Yes Bank in Mumbai.

Asia’s third-largest economy expanded by just 5% in the June quarter, its slowest pace since 2013. That has raised expectations the RBI will be forced to further downgrade its growth projection of 6.9% for the current fiscal year.

However, not all economists were as aggressive with their rate cut bets, saying the central bank will likely reserve some firepower and wait to see how inflation pans out.

In a bid to revive business activity, the government in September announced a sharp cut in the corporate tax rate – to 22% from 30%.

But while the tax cut brings the cost of doing business in India into line with its main Asian rivals, the government’s move will do little to fix a lack of spending power, economists say.

“The recent volatility in crude oil prices and the fiscal measures announced by the government will have an impact on inflation in the medium-term and the fiscal deficit,” said Shanti Ekambaram, president of consumer banking at Kotak Mahindra Bank.

“Hence, expect the MPC to be more measured in its response with a rate cut of 20-25 bps,” she added.

Inflation in August accelerated to a 10-month high but remained well below the central bank’s medium-term target of 4% for a 13th straight month.

If the RBI delivers a 25 bps cut as expected, traders will focus on the wording and tone of the monetary policy statement for clues on further easing.

Economists also said the policy transmission process could improve after the RBI mandated banks to link all fresh loans to an external benchmark like the repo rate or the rate on short-term treasury bills since the start of this month.

India’s banks have passed only a small portion of the RBI’s cuts this year to their customers.