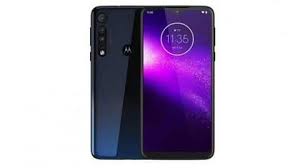 The Motorola One Macro has been doing rounds of the leaks and rumour belt for a while and there’s enough information to suggest that this phone is aimed at budget smartphone users.

The recently leaked renders also suggested a stylish design of the rear along with a triple rear camera setup. While most of the information about the phone is already out, it wasn’t known whether it will come to India or not. However, now we know about its availability – it is coming to India.

The One Macro adds to the camera centric features of the One series phones from Motorola this year. Previously, the One Vision was for those who wanted a high-resolution camera with great night photography. The One Action came with an action camera that allowed stable videos even in portrait mode. The One Macro now adds to the list with a new macro camera.

As for rest fo the specifications, benchmark listing have suggested that the One Macro could come with a MediaTek Helio P60 or P70 chipset. The phone is also expected to come with either 3GB or 4GB RAM along with 32GB or 64GB storage. Given that Motorola has made 4GB RAM and 64GB storage a standard affair on all its 2019 phones, we expect the same variant to come in India as well.

Additionally, unlike the other One series phones, the One Macro will come with a waterdrop notch display along with thin bezels and a thick chin. The battery is expected to be a large 4000mAh unit.

There are chances that Motorola could price the One Macro around Rs 10,000 mark in India, pricing it just under the One Action that sells for Rs 13,999.