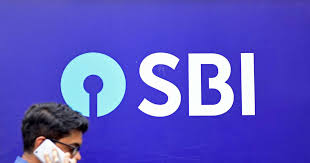 Taking off from the Reserve Bank of India’s (RBI’s) decision to cut the repo rate — the rate at which the RBI lends to commercial banks— the State Bank of India (SBI) on Thursday announced cuts in both the lending and deposit rates.

On the lending side, the SBI announced that it would bring down MCLR (Marginal Cost of Funds based Lending Rate) by 10 basis points across all tenures.

On the deposit front, the bank announced that it would cut the interest rate on savings bank deposits from 3.5 per cent to 3.25 per cent.

It also reduced the term deposit rates for both retail and bulk deposits by 10 basis points and 30 basis points respectively for tenures of 1 year and less than 2 years. All the changes will are applicable from October 1, 2019.

Why has the bank taken these decisions?

Experts say that both the decisions are aimed at pushing consumption in the economy, which is the biggest concern at the moment.

While a cut in the lending rate would push borrowing by individuals from banks, the cut in deposit rate may discourage savings into bank deposits, and thereby push spending.

Will this bring down your home loan rate?

A cut in MCLR would mean that fresh loans from SBI would now be available at a lower interest rate. However, the existing floating rate home loan customers of the bank will have to wait for their reset period.

SBI’s floating rate home loans are linked to its one-year MCLR, and it has a one-year reset clause. So while the one-year MCLR has been brought down to 8.05% from 8.15% with effect from October 10, 2019, the interest rate for existing floating rate customers will be reset at the end of one year from the date of first disbursement of the loan on the basis of prevailing 1 year MCLR as on the date of reset.

Which means that if the reset clause is in September and the MCLR cut is in October, then the home loan rate will change only in August 2020.

And how will your deposits be impacted?

The bank has, however, only reduced the rates for small term deposits of less than 2 years, which experts say could be aimed at encouraging consumption in the economy instead of people just keeping money in the bank.