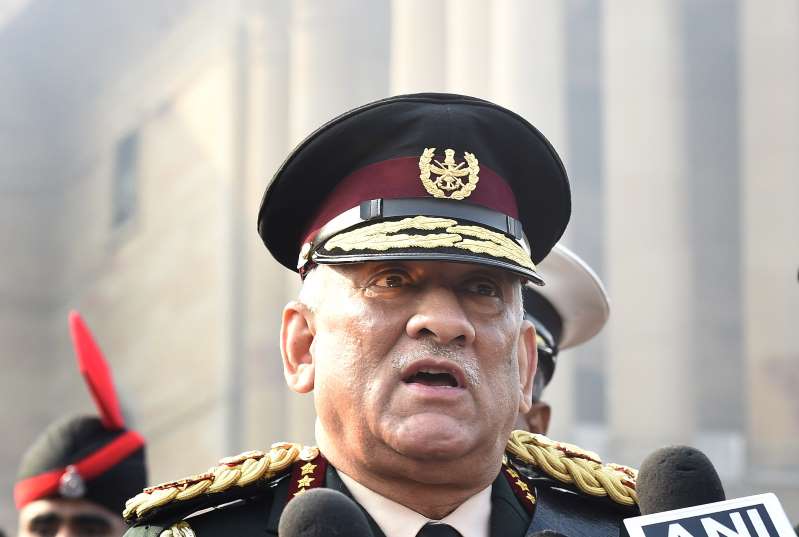 With General Bipin Rawat taking over as the first Chief of Defence Staff (CDS) on New Year’s Day, a new structure is being created in the Defence Ministry. What will be the nature of the relationship between the new four-star general and the ministry?

It is said that the CDS is a ‘dual-hatted role’. What does that mean?

The dual-hatted role refers to the two hats the CDS wears: one of the permanent Chairman of the Chiefs of Staff Committee which has the three service chiefs as members, and the other of the head of the newly created Department of Military Affairs (DMA) in the ministry. The former is a military role while the latter is a role in the government; it is as the head of DMA that his major responsibilities within the ministry will be discharged.

How many other departments does the Defence Ministry have, and who so far was looking after what will now be the charter of DMA?

Are the armed forces — the Army, the Navy and the Air Force — not departments of the ministry?

No, the service headquarters, and thereby the armed forces, are attached offices in the ministry. They used to come under the Department of Defence so far, but will now fall under the ambit of DMA, and will have an appropriate mix of civilian and military officers at every level.

Attached offices are generally responsible for providing executive direction required in implementation of policies laid down by the department to which they are attached, in this case now the DMA. They also serve as a repository of technical information and advise the department on technical aspects of questions they deal with.

In essence, they are executive agencies carrying our directions of the Defence Ministry whose task is to draft them, obtain approval from the government and communicate them for implementation to the defence services.

But won’t the CDS command the three service chiefs, and be the single-point military adviser to the government?

Have the service chiefs lost any of their major powers or tasks to the CDS?

Not really. None of the powers of the service chiefs, including of advising the government, has been curtailed and transferred to the CDS. The only thing is the role of Chairman of the Chiefs of Staff Committee, which used to be headed by the senior-most chief by rotation. That has been shelved with the CDS being the permanent Chairman of the Chiefs of Staff Committee, where he will be supported by the Headquarters Integrated Defence Staff.

However, the CDS has been given a time-bound task, to be done within three years, to bring about jointness in operations, logistics, transport, training, support services, communications, and repairs and maintenance of the three services, which will eventually lead to shedding of responsibilities by the service headquarters. As the head of the DMA, the CDS has to also facilitate restructuring of military commands for optimal utilisation of resources by bringing about jointness in operations, including through establishment of joint/ theatre commands. This is again a far-reaching move, which will potentially impinge on the remit of the service chiefs.

The CDS has the status of a Cabinet Secretary, but functionally will head a department headed by a Secretary. Also, he will be under a ministry where the Defence Secretary is in charge of the ministry. Isn’t this a bit complicated?

Yes, it is. But that is the nature of government functioning and his dual-hatted role will decide the different kind of powers, access and relationships that will be forged by the CDS. Norms of functioning and political guidance, more than hard-coded bureaucratic rules, will determine the functional efficiency and effectiveness of the CDS and it will be upon General Rawat to establish this as the first incumbent of the new office.

Finally, will the CDS be responsible for the defence of the country?

No, as per the gazette notification issued by the government on December 30, the Department of Defence — headed by the Defence Secretary — will be responsible for the “defence of India and every part thereof, including defence policy and preparation for defence and all such acts as may be conducive in times of war to its prosecution and after its termination to effective demobilisation”.