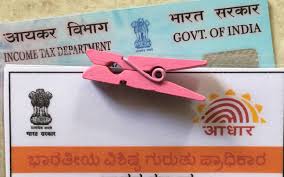 Bad news for taxpayers and PAN card holders. If you have a PAN card and an Aadhaar card, and have not linked the two by now, then better do the same as soon possible. For, your PAN card will become inoperative if you fail to do so by March 31, 2020.

The Income Tax Department has said that Permanent Account Number (PAN) not linked with Aadhaar by March 31, 2020, will become inoperative, according to a PTI report.

It may be noted that multiple deadlines for linking PAN with Aadhaar had already been set by the Income Tax Department in the past, and each time the deadlines were extended. However, as per the current directive, this deadline will no more be extended beyond March 31, 2020.

This may come as bad news for 17.57 crore PAN card holders who are yet to link their PAN accounts with Aadhaar, reports PTI. The report also adds that by January 27, 2020, this year, over 30.75 PAN card accounts had already been linked with Aadhaar.

The report quotes the Income Tax Department notification as saying that for those who link their PAN accounts with Aadhaar after the stipulated deadline of March 31, 2020, their PAN cards will become inoperative “from the date of intimation of Aadhaar number.”